Kyiv Has Officially Claimed To Have Shot Russia's Black Sea Flagship The Moskva...... 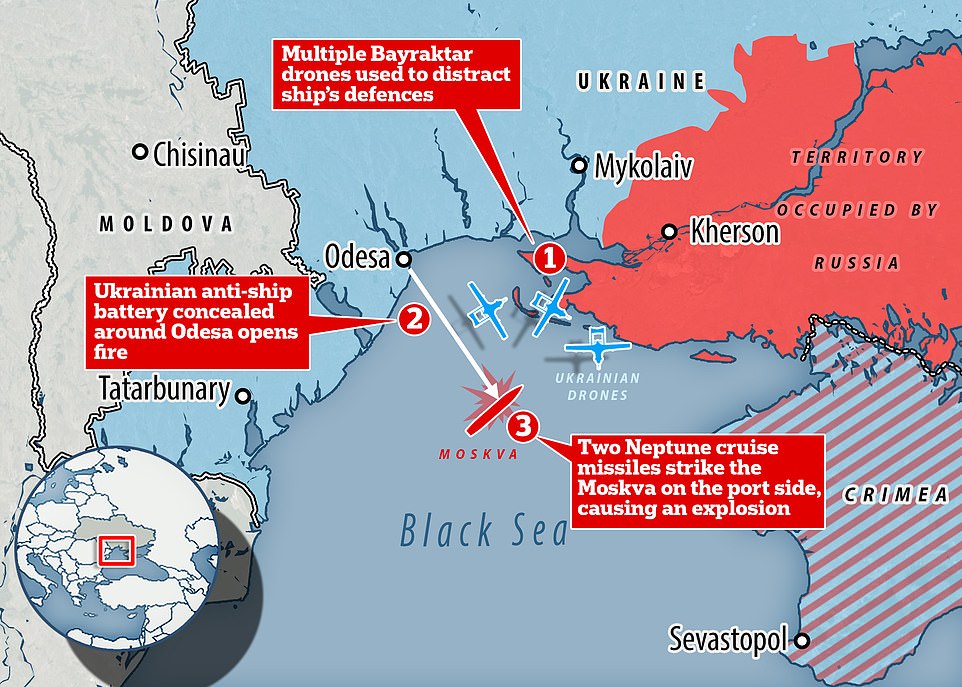 Ukraine DID take out Putin's sitting duck naval flagship: Kyiv says it hit Moskva cruiser with missile after bungling Russian admirals let it sail around Black Sea within range amid claims of 'hundreds' of casualties onboard
Kyiv has officially claimed to have shot Russia's Black Sea flagship and caused it to 'start sinking', as naval analysts say the vessel and its 510-strong crew were left sitting ducks after sailing in predictable patterns within range of Ukraine's coastal missile batteries. The Moskva, a Soviet-era Slava class guided missile cruiser, was 'seriously damaged' overnight by a fire and explosion on board that Ukraine says was caused by two Neptune cruise missiles fired by one of its batteries near the port city of Odesa. Hundreds of sailors may have died in the strike. Ukraine's Southern Military Command said today that it hit the warship late Wednesday, causing significant damage and starting a fire on board. Russian rescue ships were hampered by ammunition exploding on board as well as bad weather and the Moskva has now started sinking, the commanders added. Questions will now be asked as to how exactly a country with no navy was able to take down a Russian capital ship. H I Sutton, a respected naval analyst, points out that the vessel has spent the last two months sailing in a 'predictable' pattern around the Black Sea - generally sitting in waters close to Snake Island, where Ukrainian soldiers had told the ship to 'go f*** yourself' during the early days of the war. Source 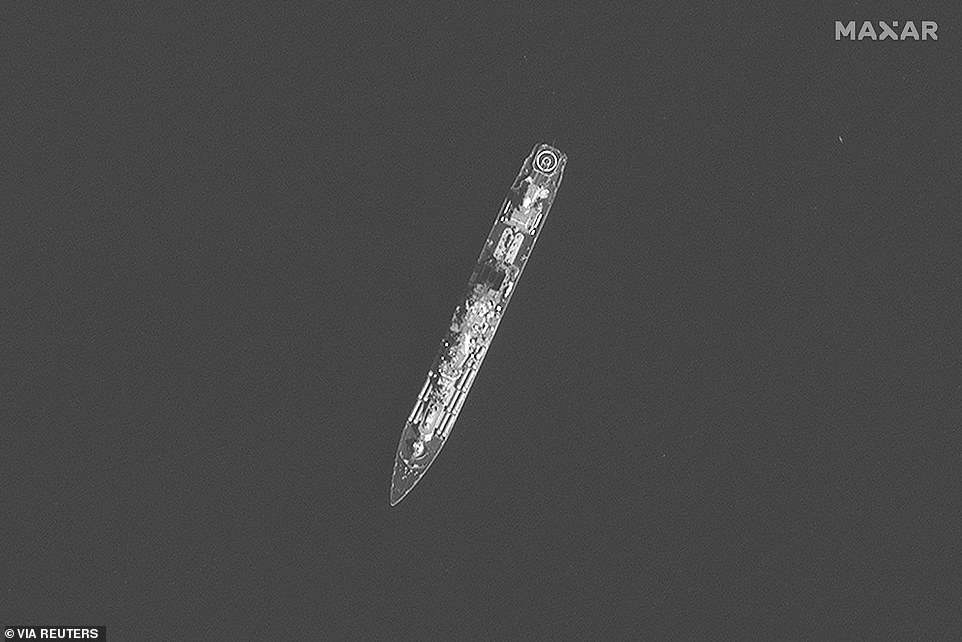