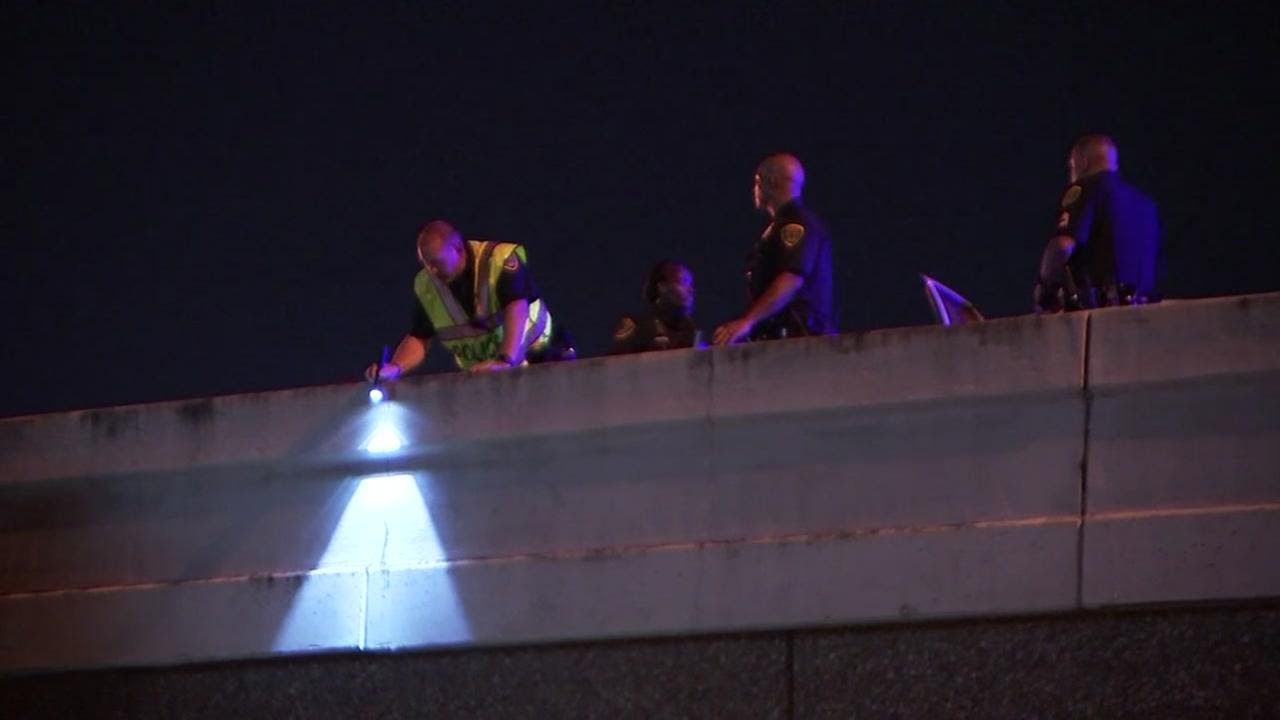 HOUSTON, Texas (KTRK) -- Body camera footage shows the harrowing moment a Houston police officer was forced off of an overpass to avoid a suspected drunk driver who came crashing into the scene of an earlier accident. "I hear a screech of the tires...Before I knew it, there was a car right up on me. The headlights were facing right on me. I had less than a second to react to the situation," Officer Rashad Carter said in a pre-recorded message from his bed. Source