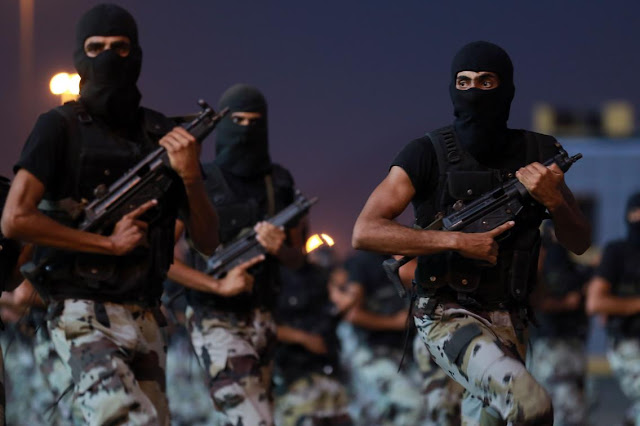 Watch: Saudi forces parade through Mecca ahead of Hajj

It was the largest show of its military might since Mecca began holding its annual military parade years ago. Saudi Arabia sent a clear message to the Muslim world late Wednesday, when thousands of the kingdom’s elite forces participated in a spectacular show of force during the Mecca Parade. The event – held annually in the week leading to the beginning of the Hajj – saw elite troops marching in formation, as tanks rolled into the streets of Mecca and helicopters hovered over the parade. Source