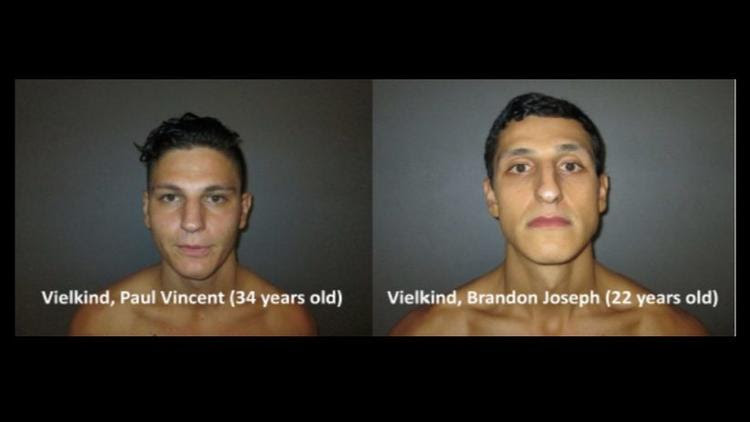 Two brothers have been arrested on suspicion of burglary and felony vandalism after breaking into an Orange County mega-church Wednesday night with a replica rifle and a smoke bomb, police said. Paul Vincent Vielkind, 24, and Brandon Joseph Vielkind, 22, of Riverside surrendered to police after a brief standoff outside Harvest Orange County, a nondenominational evangelical church in Irvine. One of the men was naked, while the other was wearing only underwear, authorities said. Source