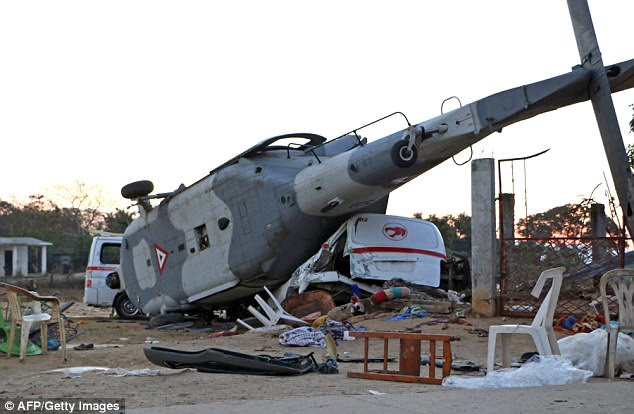 A military helicopter carrying officials including the Mexican interior minister has crashed in south-western Mexico, killing 13 people and injuring 15.  The accident happened as the chopper was assessing damage from a powerful earthquake in the region.  Neither the minister nor officials on board the Blackhawk helicopter was killed.  All of the dead were hit by the chopper on the ground as the pilot struggled frantically to perform an emergency landing and it crashed into them.   Source