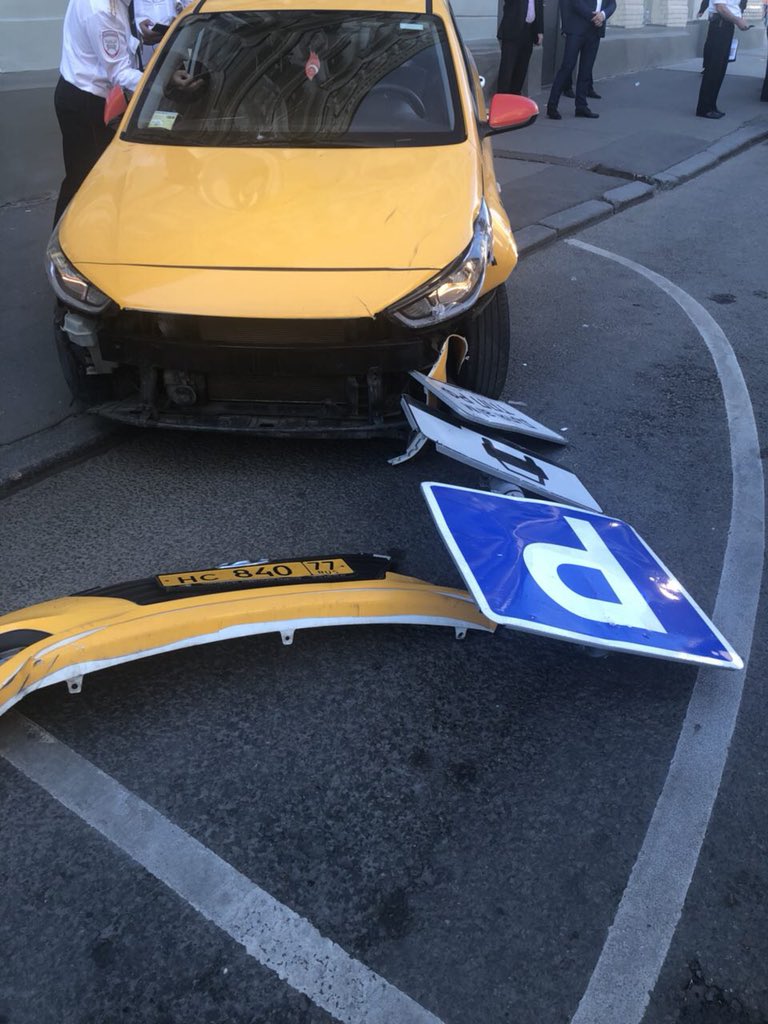 This is the horrific moment a taxi driver rammed his vehicle through a busy crowd containing World Cup football fans, just yards from Moscow's Red Square. Eight people were injured in the collision but it appears as that many more were hit by the vehicle. Two Mexicans, two Russians and one Ukrainian were hospitalised in the crash. At least one person hit was wearing a Mexico kit, with the North American nation due to kick-off their World Cup campaign against Germany in Moscow's Luzhniki stadium tomorrow. Moscow police said the driver had a Kyrgyzstan driving licence and lost control of the vehicle. Video footage shows the driver mounting the pavement and hitting around a dozen people.  One person wearing a red and green Mexico top can be seen trying to bang on the window while another person wearing a black top can be seen trying to smash his way into the vehicle to grab the driver.   The driver manages to escape the clutches of both men and escapes on foot, but is quickly followed by an angry mob who try to wrestle him to the ground.   Sources claim the driver may have been drunk. Another witness at the scene said about the taxi driver: 'He was pulled out of the vehicle, he ran off but bystanders apprehended him. He was shouting: "It wasn't me".'  Asked if the driver appeared drunk, the witness said: 'No, he wasn't drunk.'  Source 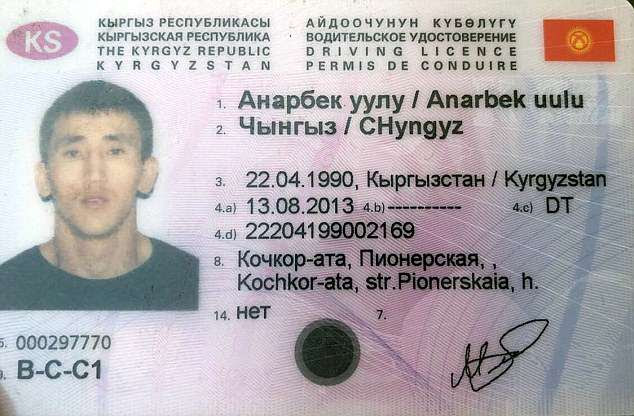