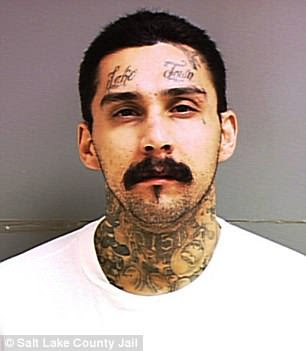 Felon, 44, escapes from halfway house and 'stabs his 89-year-old grandmother to death before being fatally shot by a SWAT team'

Authorities in Utah say a man fatally shot by police after he killed an elderly woman and critically injured her husband was the woman's grandson. Police on Monday identified the man who held the couple hostage as 44-year-old felon Abe Martinez and his grandmother as 89-year-old Rose Martinez. The Deseret News reports Abe Martinez escaped a Salt Lake City halfway house where he was serving out the remainder of a 15-year sentence on Saturday. The following day, he showed up at his grandmother's house in South Salt Lake on Sunday and took her and her 71-year-old husband (who is Martinez's step-grandfather) hostage. Source