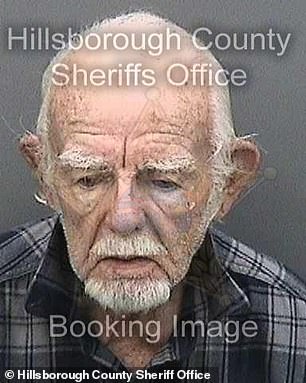 An elderly Florida man shot and killed his son on Christmas Day after their argument turned deadly. It wasn't the first time he had shot him either. Deputies from the Hillsborough County Sheriff’s Office responded to a call around 9.30pm Tuesday at 2727 Forbes Road in Plant City after an eyewitness called 911 about a male shot inside the residence. Guy Richard Vickery, 82, allegedly shot his son, Benjamin Vickery, 50, in his upper body during an argument. Benjamin was rushed to South Florida Baptist Hospital, where he later died from his injuries. While its unclear what sparked the Christmas slaying, it was the second time Guy shot his son. Source