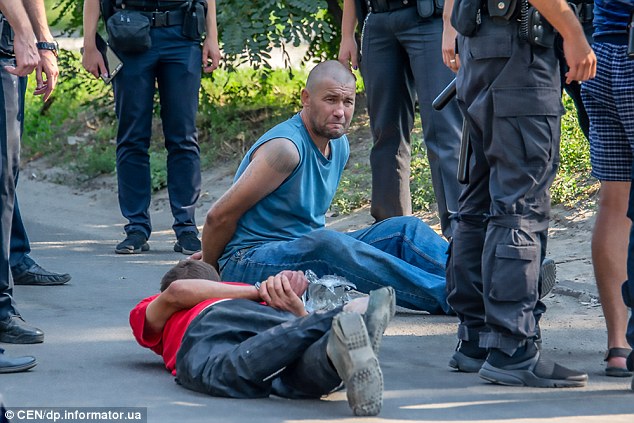 This is the moment panicking police officers surround a Ukrainian man who had been left holding a 'live' hand grenade after a fight with his friend. The man's friend, a soldier in the Ukrainian army, had pulled the pin out of the grenade and given it to him before running off. The pair, whose names have not been released, had fallen out and been fighting in the city of Dnipro in south-eastern Ukraine's Dnipropetrovsk Oblast region. Source