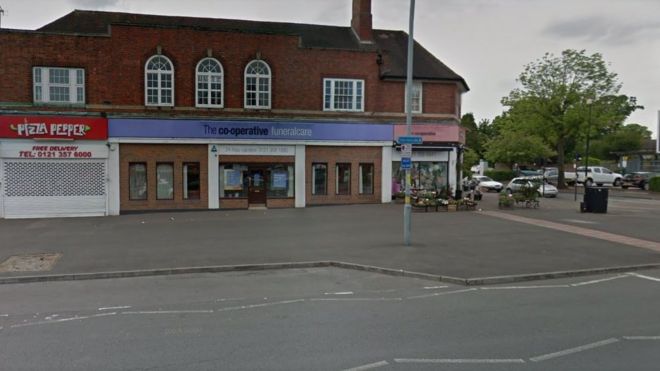 Burglar admits having sex with corpse in Birmingham funeral home

A burglar has admitted having sex with a body after lifting the lids of "multiple coffins" at a funeral home. Kasim Khuram, 23, broke into the Co-Operative undertakers in Walsall Road, Great Barr, Birmingham, on 11 November. A judge at Birmingham Crown Court warned Khuram, who pleaded guilty to sexual penetration of a body, that he faced a "substantial" jail term. Sentencing has been adjourned until 31 January while a psychiatric report is carried out. Khuram, of Kenilworth Road, Aston, Birmingham, also admitted burglary. He forced open the door of the home at about 03:00 GMT, a Crown Prosecution Service (CPS) spokesman said. Source