CCTV Shows MUSLIM Suicide Bomber Checking Into Colombo's Kingsbury Hotel, Staying The Night And Coming Down To Breakfast In The Morning To Blow Himself Up Killing Those Around Him 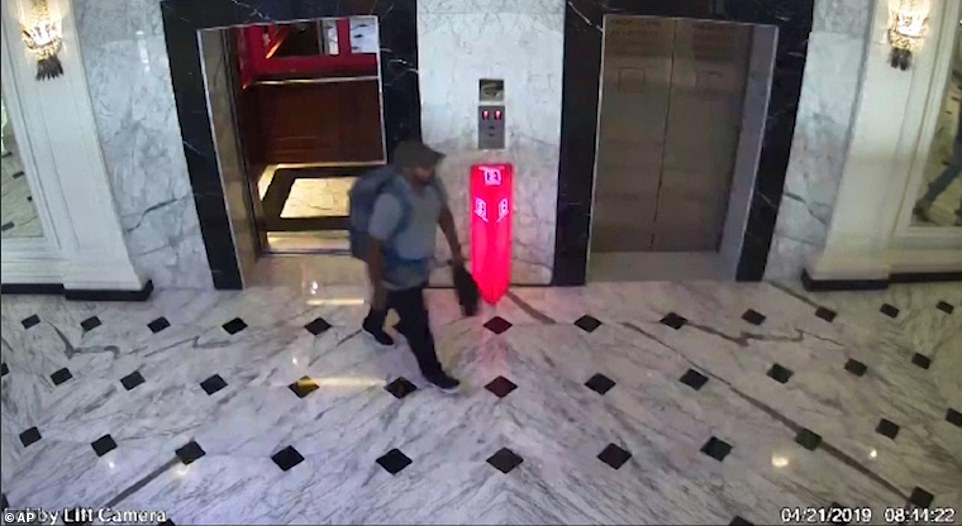 Chilling new CCTV shows Sri Lankan suicide bomber checking into five-star hotel, staying the night and coming down to breakfast in the morning to blow himself up

These are the chilling scenes as a suicide bomber checks into Colombo's Kingsbury Hotel and calmly went to his room before returning to the breakfast room to detonate his device. CCTV footage of the man shows him interacting with staff before entering a lift. The following morning he returns downstairs on his deadly mission. The footage showed furniture inside the breakfast room being thrown into the air by the force of the blast. Sri Lankan authorities are currently trying to track down other members of the terror cell responsible for the multiple bombings which have claimed 250 lives.   Muslims were urged on Friday not to congregate in large crowds for their weekly prayers in case they became targets for attacks.   Catholic leaders have cancelled Sunday Masses indefinitely while the current security risk remains high.   On Friday, Sri Lankan military engaged a group of militants which resulted in the discovery of 15 bodies, including six bodies. Source