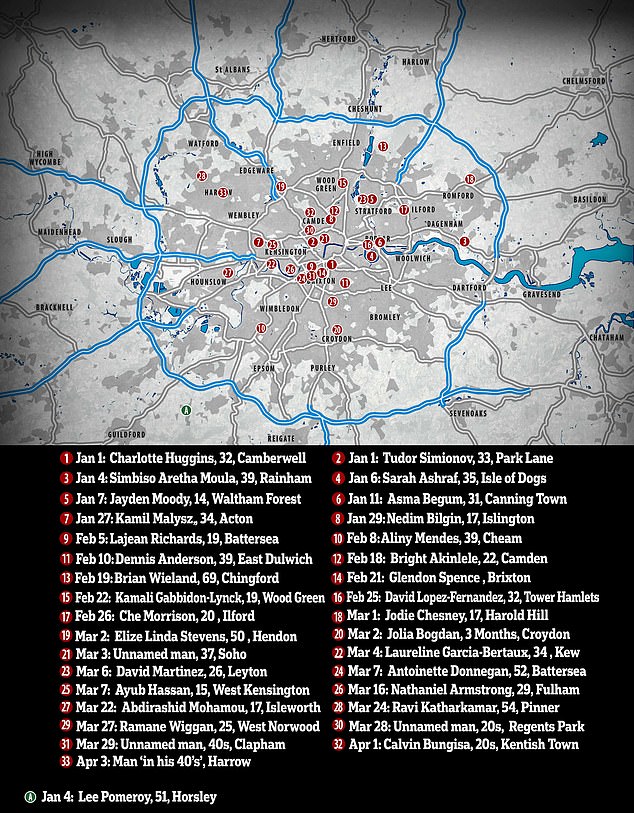 A man in his 40s has been murdered in a 'machete attack' on a busy northwest London high street today. Police and ambulance were called to reports of the stabbing on a Northolt Road, Harrow, and found a victim who had suffered 'stab or slash' wounds. The man, believed in his mid-40s, was pronounced dead at the scene 30 minutes later despite efforts by emergency responders. Police have arrested a man who was seen running from the scene in possession of a machete knife on suspicion of murder. The man was taken to a nearby north London police station where he remains in custody for questioning. Police have cordoned off the crime scene at the corner of Northolt and Wargrave Road. Air ambulance services also attended the scene but were not needed. A spokesperson for the Met Police confirmed the incident and said that Major Crime Command has been informed. Harrow residents had been on high alert since the death of a local shopkeeper during a bungled robbery. Pinner newsagent Ravi Katharkamar was stabbed in the chest on March 24 while opening his shop, and died 45 minutes later. Source