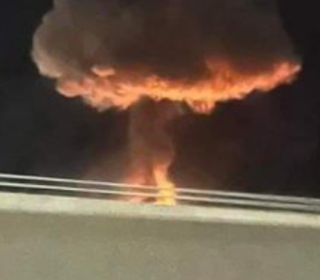 PARKERSBURG — An explosion at a silicon recycling plant off Staunton Avenue was accidental, Parkersburg Fire Chief Jason Matthews said. “There was a piece of piping that ruptured and caused the explosion,” he said. The precise cause remains under investigation. The incident at Eco USA, 516 Camden St., was reported at 12:21 a.m., and firefighters were on scene within four minutes, Matthews said. The fire was out in less than half an hour, he said. Plant Manager Jim Kurucz said they had been working on a new product when the fire broke out and they would be having their chemists respond to the site to figure out what happened. Kurucz said he was confident no harmful materials were released in the explosion. “The fire was from the initial explosion,” he said. “And the rest was just small pockets of fire after that, it was confined to one part of the building.” No injuries were reported, Matthews said. Source
at July 14, 2022