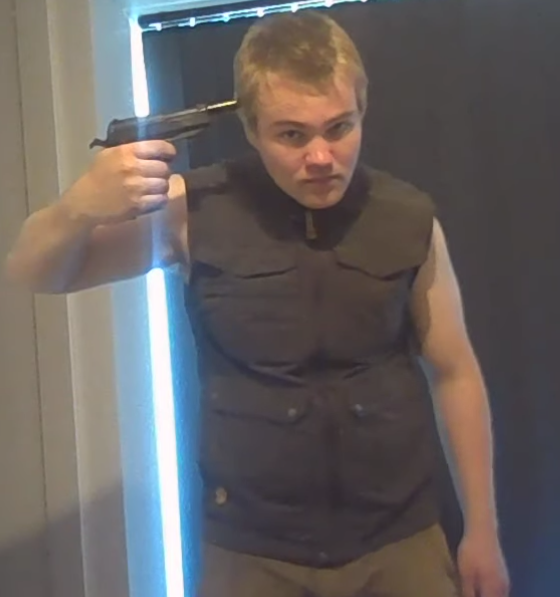 Several people are shot dead as 'man with automatic weapon' opens fire at Danish shopping mall: Shocking footage shows people fleeing for their lives as drama unfolds
Several people have been killed in a shooting at a packed shopping centre in the Danish capital of Copenhagen, according to police. A 22-year-old Danish man was arrested in connection with the shooting by armed officers near Field's shopping centre, said police inspector Soren Thomassen, head of the Copenhagen police operations unit. 'We know that there are several dead' and 'several injured,' Thomassen told a news conference, adding that terror can't be ruled out. 'We do not have information that others are involved. This is what we know now,' he said, refusing to say exactly how many were believed to be dead or hurt. Images which emerged from the scene appeared to be the suspect being led away by armed police in cuffs while wearing a white hooded top. Copenhagen Mayor Sophie H Andersen tweeted: 'Terrible reports of shooting in Fields. We do not yet know for sure how many were injured or dead, but it is very serious.' British singer Harry Styles was due to perform at 8pm local team (6pm BST) at the Royal Arena, a concert venue just 500 yards away from the scene of the shooting. The popstar and former One Direction bandmember posted on social media: 'My team and I pray for everyone involved in the Copenhagen shopping mall shooting. I am shocked. Love H.' Local media published images showing heavily armed police officers at the scene, as well as people running out of the shopping centre. Meanwhile, shocking mobile phone footage posted on social media appeared to show the moment shots rang out, sending people sprinting for the exits as screams were heard. Source 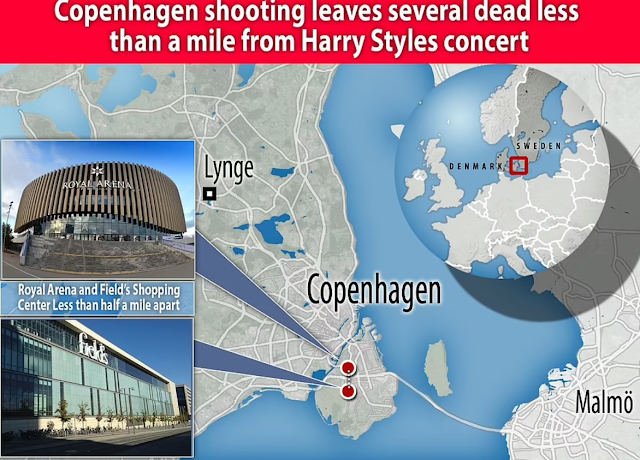