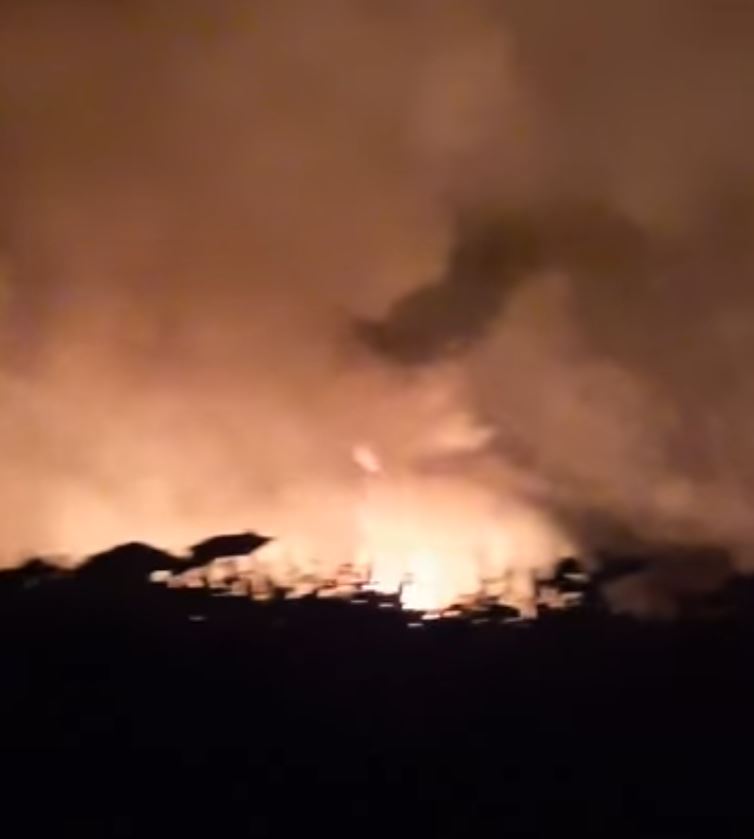 Greece plane crash – Huge fireball explosions as cargo jet ‘carrying weapons to Ukraine’ crash lands on mountainside
A PLANE carrying "dangerous materials" burst into flames before crashing in a huge fireball explosion on a mountainside in Greece. The aircraft - operated by a Ukraine-based air carrier - had eight crew members on board when came into trouble near the city of Kavala.The pilot had requested an emergency landing due to a problem with one of the four engines - but its signal was lost. Video footage uploaded on ertnews.gr showed the aircraft in flames descending fast before hitting the ground in what appeared to be an explosion. People close to the crash site told local media how they saw a fireball and heard a series of explosions after the crash. According to reports, the jet was carrying weapons to Ukraine. But others claim the plane was being used by the Serbian Army to transport "dangerous goods" - thought to be chemicals, hazardous waste and potentially explosives. Source