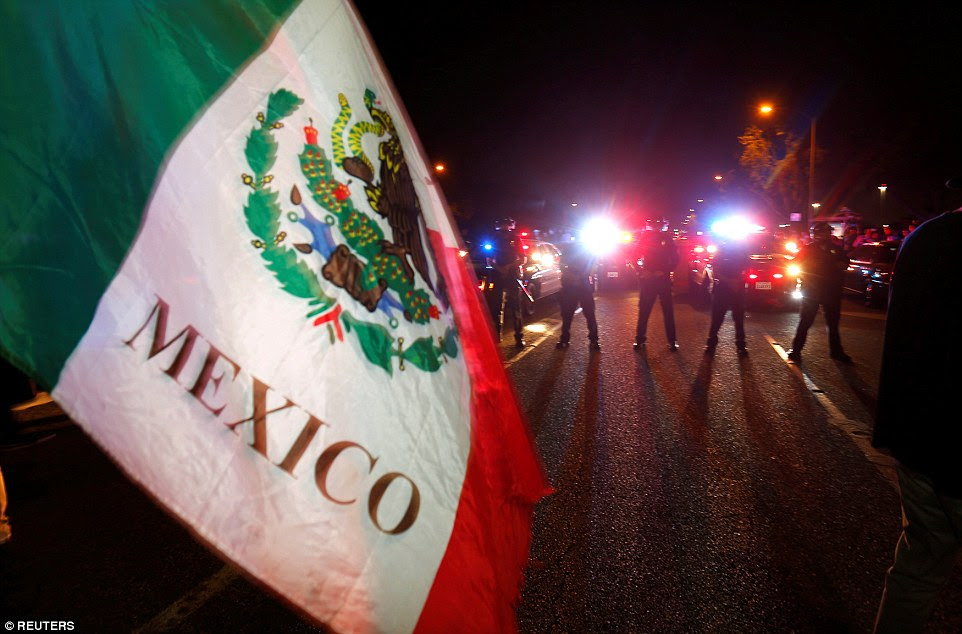 Protesters clash with cops at California Trump rally: Hundreds of Mexican flag-waving demonstrators smash up a squad car, punch a Donald supporter and scuffle with riot police amid angry scenes

Police clashed with hundreds of protesters outside Donald Trump's rally in Southern California on Thursday night. At least one police car was smashed up as hundreds of demonstrators – many of them waving Mexican flags – took to the streets outside the Pacific Amphitheater in Costa Mesa, Orange County where Trump was speaking. The protesters flooded the street outside the amphitheater with some stomping on cars, hurling rocks at motorists and forcefully declaring their opposition to Trump - bringing traffic to a halt and creating a tense standoff with authorities. One Trump supporter was pictured with a bloody face after clashing with the anti-Trump activists, many of whom appeared to be young Hispanic people. The violence in Southern California where Latinos make up a large segment of the population suggests Trump may face more of this in the days to come, as he campaigns ahead of the state’s June 7 primary. Daily Mail Read More>>>>