The prom gunman: Ex-student arrives outside his school dance with a rifle and opened fire on couple before being killed by cops

A teenage gunman was shot dead by police officers after he opened fire with a high-powered rifle outside a high school prom, injuring a couple of students, authorities said. Jackob E. Wagner, 18, arrived at Antigo High School in Antigo, Wisconsin, at around 11pm on Saturday night and started firing at the pair, a male and a female, at the school's entrance as they left the building. Antigo Police Chief Eric Roller said several police officers were at the scene providing security for the event and quickly stopped the threat by shooting the suspect. The injured students, who were both shot in the leg, and Wagner were taken to hospital, where the female was treated for a gunshot wound and later released. The male student was undergoing surgery for injuries that weren't life-threatening. Langlade County Coroner Larry Shadick said Wagner died shortly after 1am on Sunday morning in the intensive care unit at a Wausau hospital. Daily Mail Read More>>>>>> 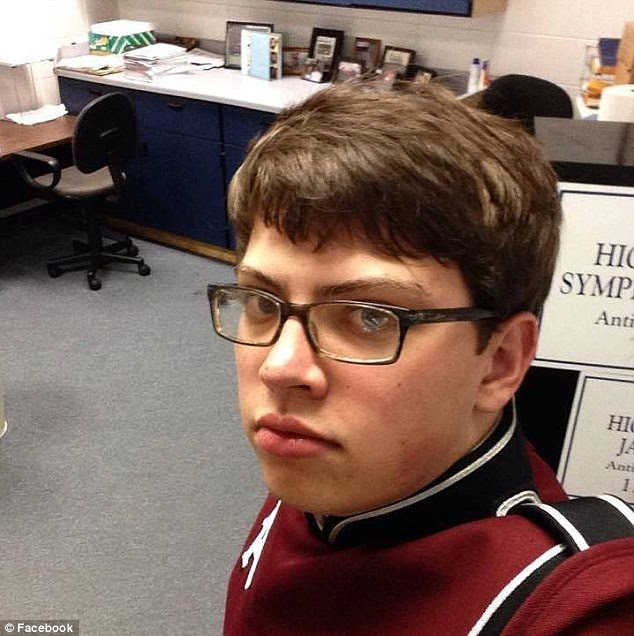