Invasion Of Italy: Sicily Is Flooded With 2000 Muslims Every Day! Pope Francis Is Raising An Army Of Muslims 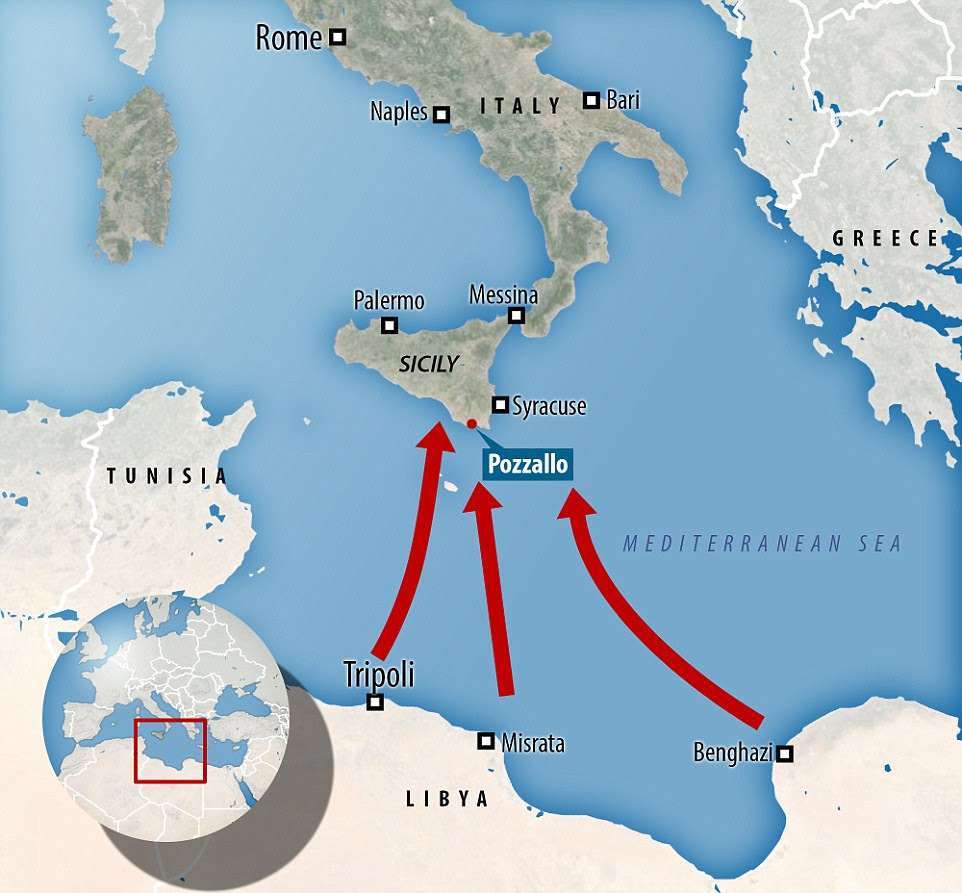 
EXCLUSIVE - 'Welcome to the NEW Lesbos': Now Sicily is flooded with 2,000 migrants EVERY DAY since the Balkans route shut

Thousands of migrants are pouring into Sicily by sea every day, sparking fears that the ancient Mediterranean isle has become ‘the new Lesbos’. Arrivals to the island have increased by 90 per cent in the first three months of the year. In the last three days alone, more than 6,000 migrants have arrived on its shores. MailOnline went aboard a Norwegian rescue ship that brought 900 migrants to the Sicilian port of Palermo. Thousands more, who had all been picked up on the Mediterranean, were taken ashore simultaneously at other ports on the island. Daily Mail Read More>>>>> 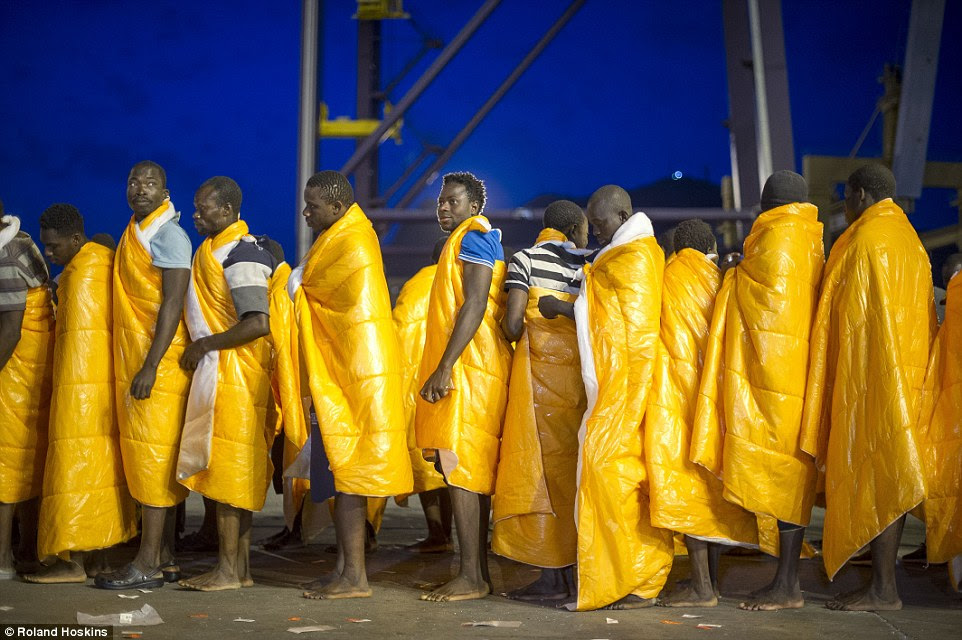 Now the prophecy of Ockham on a Pope Converting to Islam and raising an Army of Muslims to conquer Rome:

Master: Let us assume that someone accuses another before the pope of being a heretic because the accused supposedly holds and asserts that the Christian faith is false, that the law of the Muslims should be embraced, and that Christ was a prophet both false and discredited. After the accusation and the ensuing judicial process, the pope renders a definitive judgement to the effect that the person accused is not a heretic because all of the aforementioned theses stated and asserted by him are true.

Student: Although this is a case that never happened and perhaps never will, I find it difficult to assert that it smacks of impossibility. For it seems that one cannot clearly demonstrate either by Holy Writ or by the doctrine of the church that no future pope will be the Antichrist. It is indeed probable that many Christians through their ancestors who were converted to the faith have long established roots to the tribe of Dan, from which some believe that the Antichrist will be born [For a discussion of this tradition see David Burr, Olivi's Peaceable Kingdom, Philadelphia 1993, p. 150]. And even in our time it is quite possible for someone from that tribe to accept the Christian faith, to have a son born to him, that son being subsequently elected pope, and afterwards clearly showing himself to be the Antichrist. And thus it cannot be known whether some Christian and future pope, with roots in the tribe of Dan, will be the Antichrist. It is, however, established that the Antichrist will unambiguously teach that the law of the Christians is false and that Christ was a false prophet. And the described case does not appear impossible because it is not known that no future pope will submit to the sect of the Muslims. For it may come to pass that even a pope who was at first catholic would begin to consider that the sect of the Muslims was better than the law of the Christians. This pope could initially develop such a strong secret friendship with the Muslims, that having summoned their military might to his side he would dare to openly assert that the Christian law was false and unjust, and force Christians to accept the law of the Muslims. Since it is indeed an established fact that many Christians (including clerks and religious) have been converted to the sect of the Muslims, it does not seem implausible that even a pope might arrive at such a huge insanity. For since a pope is not confirmed in faith (just as no others are), the same point must be contended in his case as is in that of others as to the possibility of being converted to the Muslims. Having therefore presented the suggested exemplary case, proceed to argue in favour of the aforementioned assertion. William Of Ockham
Where are all these Muslims going to stay? In all the closed churches and convents - Pope Francis
has a use for all the closed churches - to house Muslims.

Our Lady warned the world that one day Italy would shake off the yoke of the Lord of Lords and blood will flow on all sides - churches would be closed and priests hunted down:

“Italy will be punished for her ambition in wanting to shake off the yoke of the Lord of Lords. And so she will be left to fight a war; blood will flow on all sides. Churches will be locked up or desecrated. Priests and religious orders will be hunted down, and made to die a cruel death. Several will abandon the faith, and a great number of priests and members of religious orders will break away from the true religion; among these people there will even be bishops. Our Lady of La Salette 19 Sept. 1846 (Published by Mélanie 1879)

This day is now.

Pope Francis will do his best to make sure all the Muslims are housed in closed churches etc.

The Muslims know this is the intent of Pope Francis and that is why Muslims are headed to Italy. Expect more Muslims to arrive on the shores of Italy in the coming weeks and months. Pope Francis invited them!

“In the year 1864, Lucifer together with a large number of demons will be unloosed from hell; they will put an end to faith little by little, even in those dedicated to God. They will blind them in such a way, that, unless they are blessed with a special grace, these people will take on the spirit of these angels of hell; several religious institutions will lose all faith and will lose many souls.Our Lady of La Salette 19 Sept. 1846 (Published by Mélanie 1879)

Several will abandon the faith, and a great number of priests and members of religious orders will break away from the true religion; among these people there will even be bishops. Our Lady of La Salette 19 Sept. 1846 (Published by Mélanie 1879)

For In Those Days Jesus Christ Will Send Them Not A True Pastor, But A Destroyer ~ St. Francis