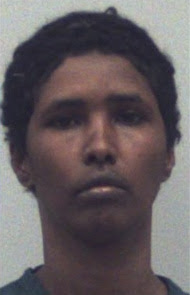 Cops: Victim Battered With American Flag
JUNE 2--A woman clad in a burka attacked a Georgia homeowner with an American flag that was flying in front of the victim’s home, police allege. According to cops, Aisha Ibrahim, 30, emerged Tuesday morning from a wooded area adjacent to victim Dami Arno’s home in Lawrenceville, a city about 30 miles northeast of Atlanta. Arno told police that Ibrahim--whose eyes were only visible--walked up to her mailbox and “pulled the flag out of it.” Armed with the flag--which was attached to a four-foot long PVC pipe--Ibrahim then advanced on Arno “in a threatening manner swinging the post and flag at her, hitting her with it,” according to a Lawrenceville Police Department report Smoking Gun Read More>>>>>>