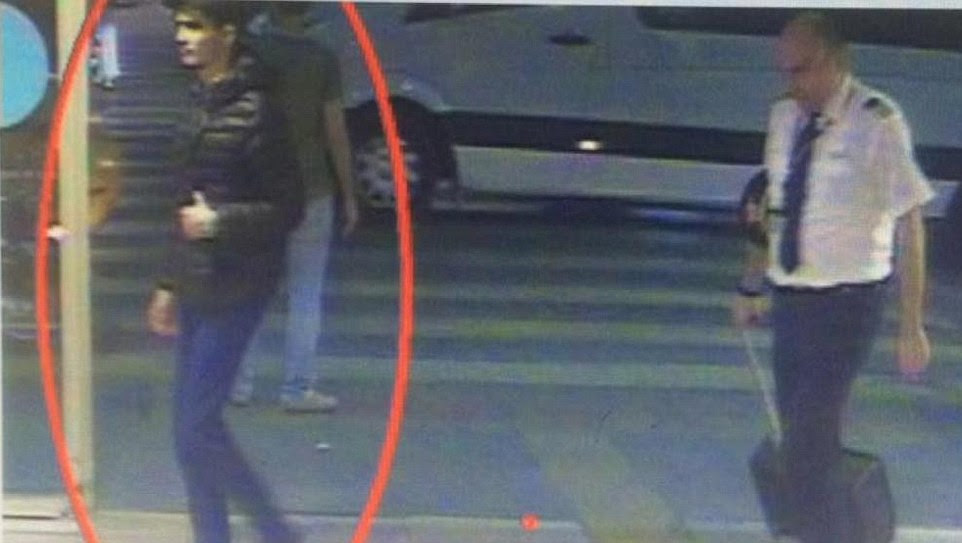 Chilling moment ISIS suicide bomber casually walks into Istanbul Airport terminal next to a pilot: Jihadists are caught on CCTV before blowing themselves up and killing 41 in deadly massacre
This is the face of one of the suspected suicide bombers, walking calmly towards the terminal before beginning his murderous assault. The picture shows the man - dressed in what appears to be a puffa jacket in the middle of summer - making his way into Ataturk Airport alongside an unsuspecting pilot. Other CCTV footage shows another man, dressed all in black, shooting people as he moves inside the buildings, according to Hurriyet. It is believed he they are two of three people who blasted their way through the terminal on Tuesday night, first picking off people with guns before detonating suicide vests, sending a ball of flames through the terminal. The Turkish government has said the men were ISIS extremists. However, as of Wednesday evening, the Islamist group had yet to claim the attack. Their rampage claimed at least 41 lives, most of them Turkish citizens, including a hero customs officer who desperately tried to stop the attackers, a man about to get married and a young graduate, who died because he went back to help the injured. Survivors who made it out alive told of blood-smeared floors and debris-covered floors, terrified passengers and sobbing families. Daily Mail Read More>>>>> 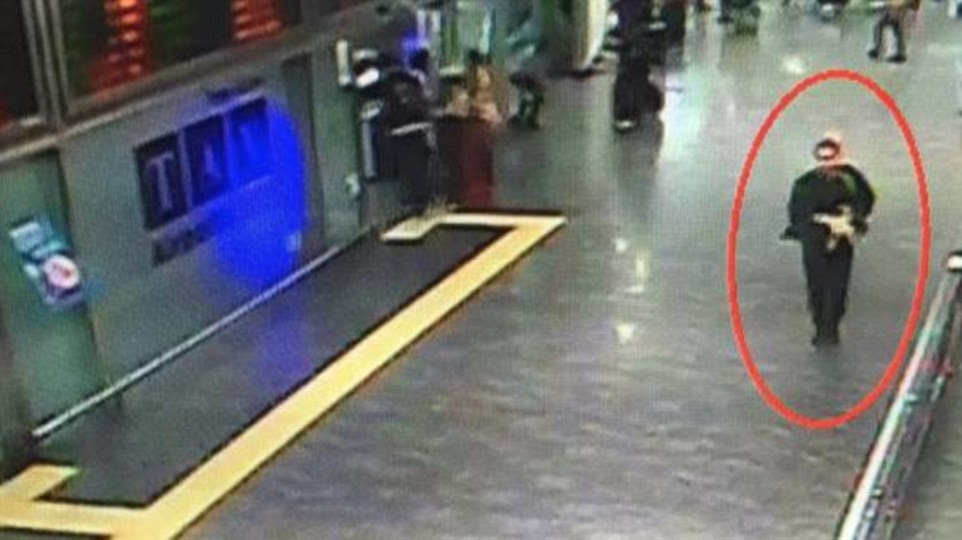