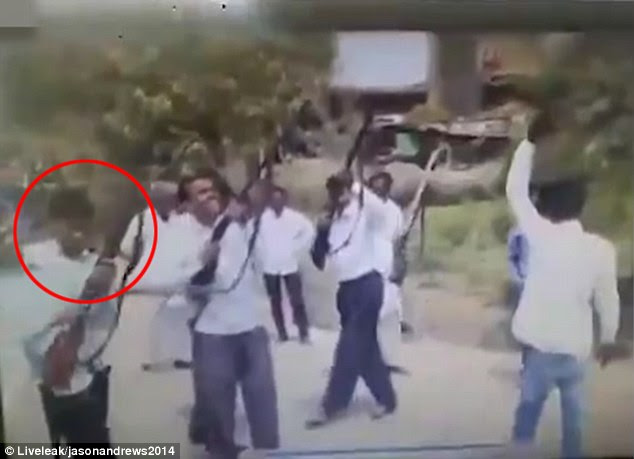 This is the horrifying moment the father of a groom was shot dead during an Indian wedding when he was blasted in the head during gunfire celebrations. Mansoor Patel was celebrating the marriage of his son Shekhar in India, when a guest accidentally shot him from just a few metres away. Footage, believed to have been captured in Madhya Pradesh, shows the moment the 38-year-old appears on screen, seemingly dancing and enjoying himself.Men can be seen firing rifles into the air and reloading as music plays in the background during the celebration. Daily Mail>>>>>>