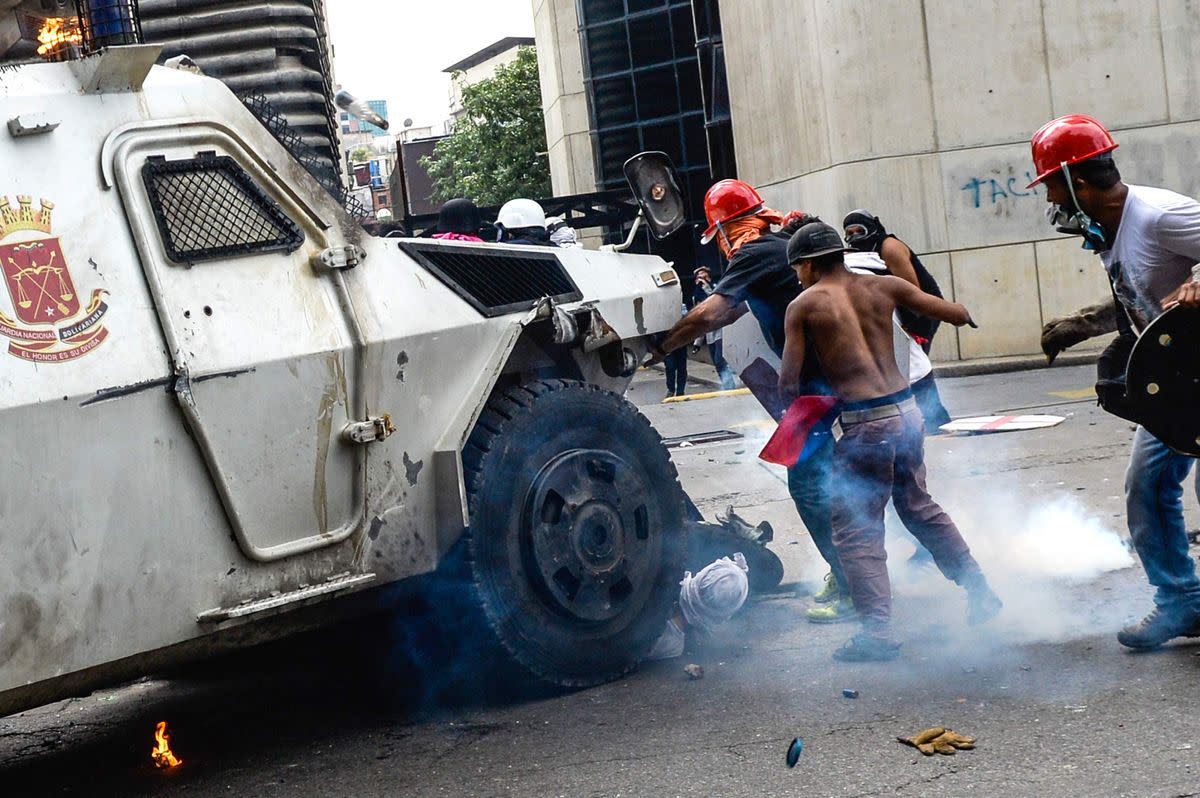 A Venezuelan national guard armored vehicle careened into a crowd of anti-government demonstrators in Caracas on a day of furious protests that left more than 300 people injured. The newspaper El Nacional published videos Wednesday showing the vehicle backing up as a gasoline bomb burst on its windshield. Crowds raced toward the vehicle and then suddenly fled as it advanced, and masked soldiers battled protesters in a chaotic melee. Rocks, bottles, shots and tear gas filled the air. One person was confirmed dead in Caracas. Injuries throughout the city included 134 traumas and 17 cases of people overcome by gas, Mayor Ramon Muchacho of the opposition-dominated Chacao municipality said in a post on his Twitter account. Those hurt included lawmakers Freddy Guevara and Julio Montoya. The opposition coalition, known as MUD, said in a statement that more than 300 people were injured in today’s clashes. Source