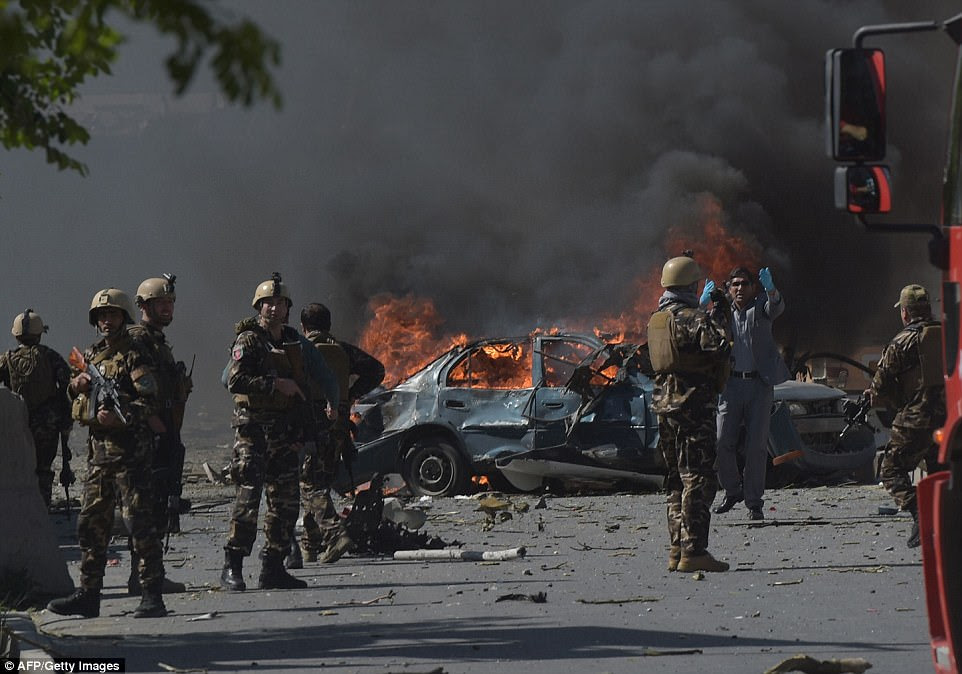 Ramadan deaths on time, just days after the start of Muslim 'holi'day of Ramadan.

Muslims murdering Muslims and a few Westerners in Kabul.

Muslims targeted the German Embassy with a tanker truck bomb. 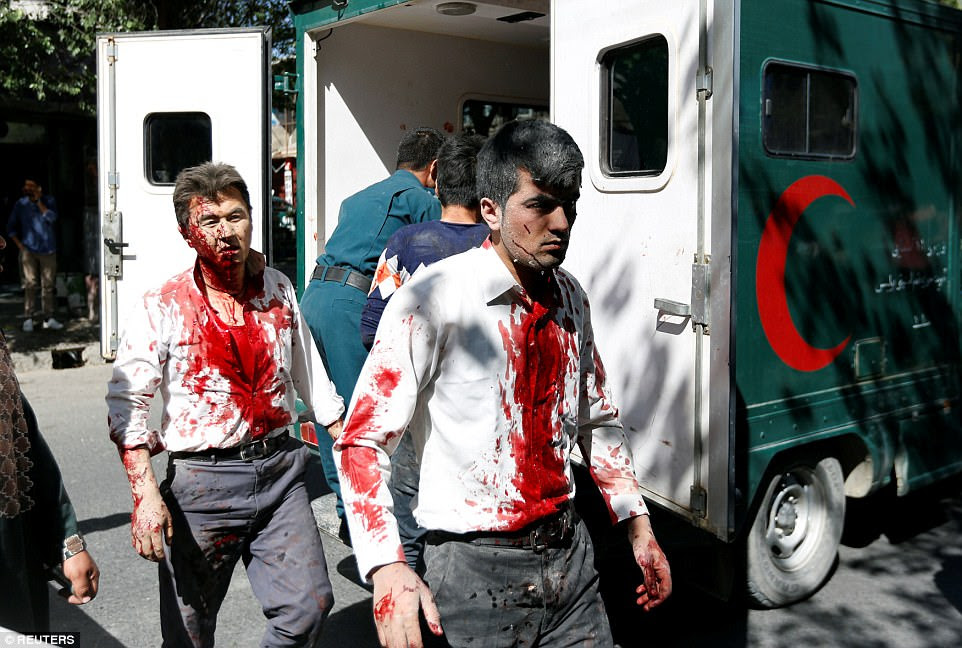 At least 80 people -including a BBC driver - are dead and 350 more are injured after a massive bomb concealed in a water tanker ripped through Kabul's diplomatic quarter this morning. Bodies littered the street and a towering plume of smoke could be seen over the Afghan capital after the truck attack blew out the windows in a number of foreign missions and residences nearby. Officials said most of the casualties this morning were civilians and 'many women and children' were among the victims. This morning, it emerged that BBC Afghan driver Mohammed Nazir had been killed in the explosion and that four BBC journalists have been wounded. Their injuries are not thought to be life threatening. A number of employees at the German consulate have also been hurt and an Afghan security guard stationed outside the building was killed in the suicide bomb, which was also close to the British, French and US embassies. The Afghan Taliban this morning denied responsibility for the attack, which comes just days into the Muslim holy month of Ramadan. No group immediately claimed to have carried out the atrocity, but both the Taliban and ISIS have staged large-scale attacks in Kabul in the past. Daily Mail Read More>>>>>> 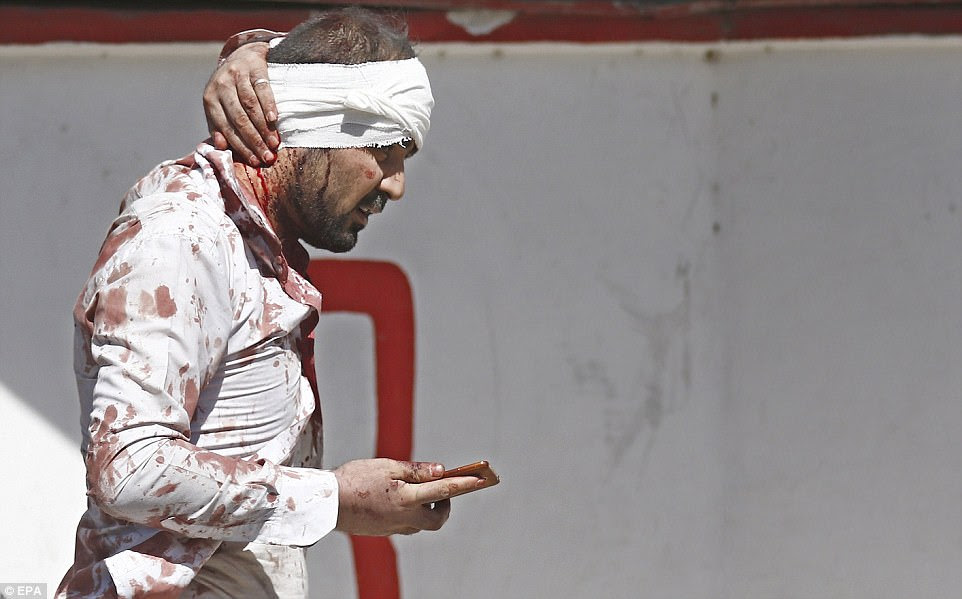 A powerful vehicle bomb has hit the diplomatic area of the Afghan capital, Kabul, killing at least 80 people and injuring 350. It struck near Zanbaq Square in the heavily fortified zone, with civilians said to be the main casualties. The morning rush-hour blast created a massive crater and blew out windows and doors hundreds of metres away. The Taliban have denied carrying out the attack. There has been no word so far from so-called Islamic State. Both groups have been behind recent attacks in the country. The BBC has said that Mohammed Nazir, a driver for the corporation's Afghan service, died in the explosion. BBC>>>> 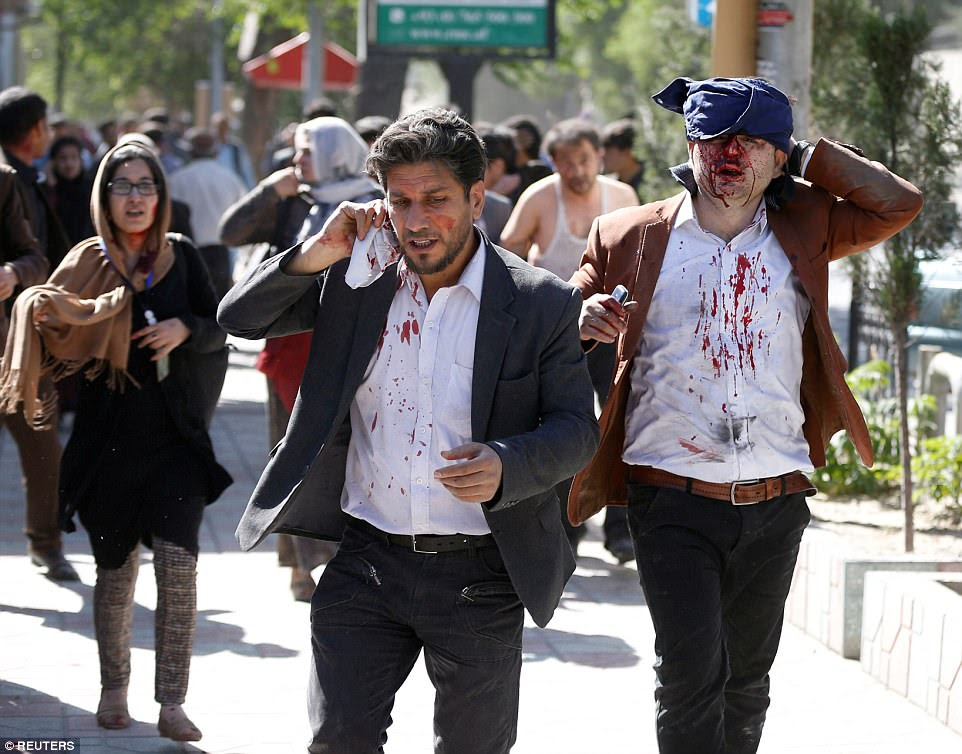 ■ At least 80 people were killed and 350 wounded on Wednesday when explosives were detonated in Kabul’s diplomatic quarter, near the German Embassy. An official traced the blast to a tanker truck.
■ The attack was one of the deadliest in the Afghan war, and the toll was expected to rise.
■ The explosion could be heard throughout the city center. Windows were shattered a mile away.
■ The German Embassy was extensively damaged, and an Afghan security guard working there was killed.
■ Germany postponed a flight carrying deportees bound for Afghanistan, citing logistical reasons for embassy employees in the country.
NYT>>>>>>> 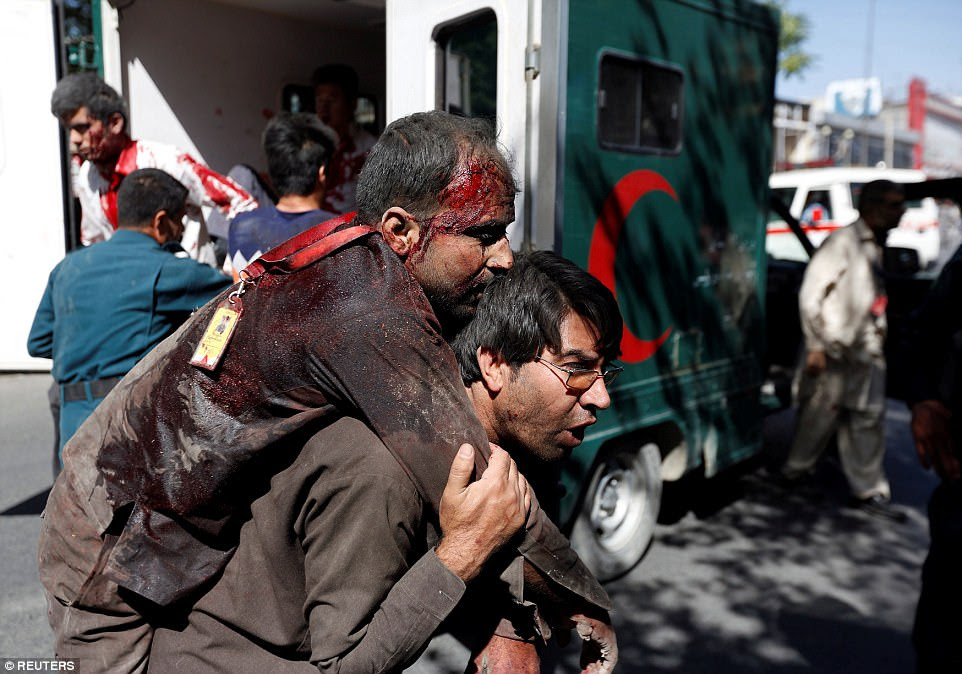 What We Don’t Know

■ Who is responsible for the attack. A spokesman for the Taliban said they were not behind the bombing.
■ Whether the target was one of the embassies, the presidential palace or something else.
■ The identity and background of most of the victims. Aside from the Afghan security guard, the BBC said an Afghan driver who worked for the network had died, as did a technology worker for the Afghan television channel ToloNews.
NYT >>>>>>>>>

KABUL — A massive blast tore through the diplomatic quarter of the Afghan capital Wednesday, killing at least 80 people and wounding more than 350, officials said. The devastation left Kabul in shock and underlined the country’s security struggles as it confronts a sustained wave of insurgent and terrorist attacks. Interior Ministry officials said a huge quantity of explosives, hidden in a water tanker, triggered the 8:30 a.m. blast during rush hour on a busy boulevard in the Wazir Akbar Khan district, which houses embassies, banks, supermarkets and government ministries. An entire city block was ravaged, with office buildings left in rubble and charred vehicles strewn across the road in one of the deadliest single attacks in Kabul.WP>>>>>>>