Nineteen people including two small children were killed when a bus veered over the side of a bridge and overturned onto a frozen river in Russia today.   A total of 43 passengers and the driver were on the bus when it careered 22ft into the Kuenga River in Transbaikal region of Siberia, 3,930 miles east of Moscow.  A further 21 people were injured in the incident and had to be cut out of the vehicle as it came to rest upside down on the thick ice.  Horrific pictures and video show the scene of the crash as frantic rescue efforts continued after dark on Sunday. Footage of the scene from the following morning shows blood-stained snow as the bus lies torn apart underneath the bridge.    'The bus was en route from Sretensk to Chita. It veered off the road and overturned some 60 km (37 miles) from Sretensk,' said an emergencies ministry spokesman.  The river was shallow and its entire depth was frozen so it did not sink beneath the ice.   One theory is that the Kia Grandbird bus suffered a burst tyre, another that it skidded on the bridge. Source 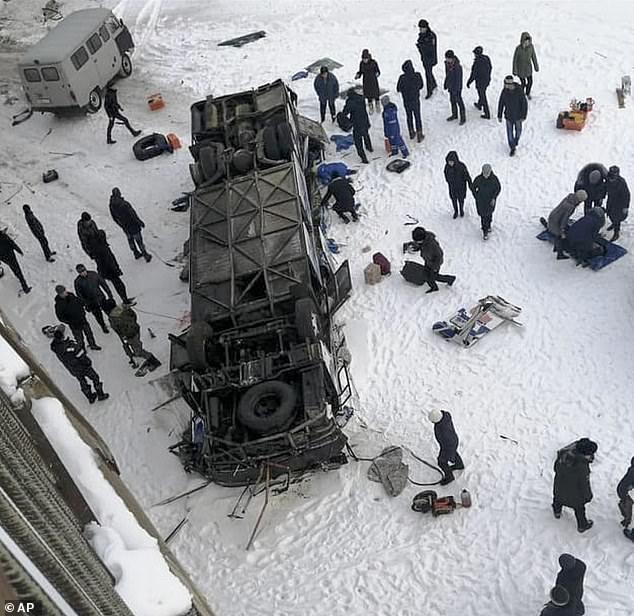 Two business executives and their father have been identified among the nine people killed when a plane crashed in South Dakota. Kirk and Jim Hansen Jr, their father Jim Hansen Sr and six other family members all died when their plane went down in a field near Chamberlain, South Dakota, on the way back from a hunting trip. The Hansens were executives with Conrad & Bischoff, Kyäni and KJ’s Super Stores in Idaho, East Idaho News reported. Twelve people were on the Pilatus PC-12 when it took off shortly before 12:30 p.m. CST on Saturday from the Chamberlain Municipal Airport on its way to Idaho Falls. Three survivors managed to escape the wreckage and were taken to nearby hospitals.The FAA said investigators were en route to the crash site and that the National Transportation Safety Board (NTSB) would be in charge of the investigation. South Dakota is located in the Northern Plains, a region facing blizzard conditions as a storm blows eastward across the United States. A winter storm warning remains in effect in Brule County until midday Sunday, the National Weather Service said, potentially including blowing snow that 'could significantly reduce visibility.' Source 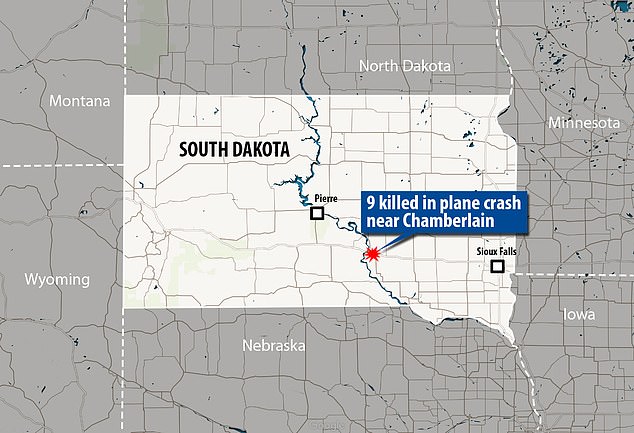