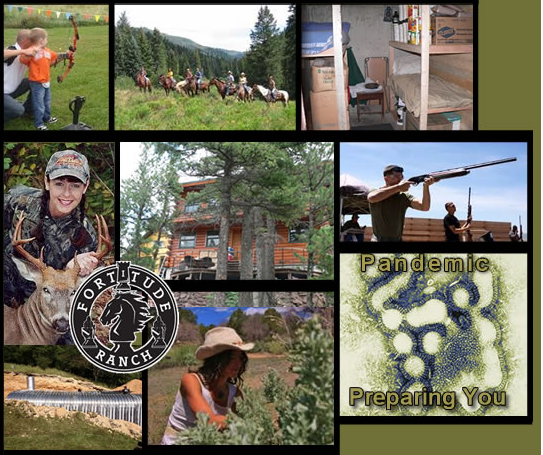 FORTITUDE RANCH, Colo., Dec 23 (Reuters) - Aiming an AR-15 rifle across a Colorado valley dotted with antelope and cattle, Drew Miller explains how members of his new survival ranch would ride out an apocalypse. The former U.S. Air Force intelligence officer said his latest Fortitude Ranch community, under construction below mountain forests, will shelter Americans fleeing anything from a bioengineered pandemic to an attack on the electricity grid. For an annual fee of around $1,000, members can vacation at the camps in good times, and use them as a refuge during a societal collapse. "If you've got a lot of weapons, if you've got a lot of members at guard posts, defensive walls, we don't think we're going to need to fight," said Miller, crouching on top of a fortified position on the camp perimeter. The expansion of Miller's camp chain underscores the growing mainstream appeal of the "prepper" movement long associated with anti-government survivalists. Source