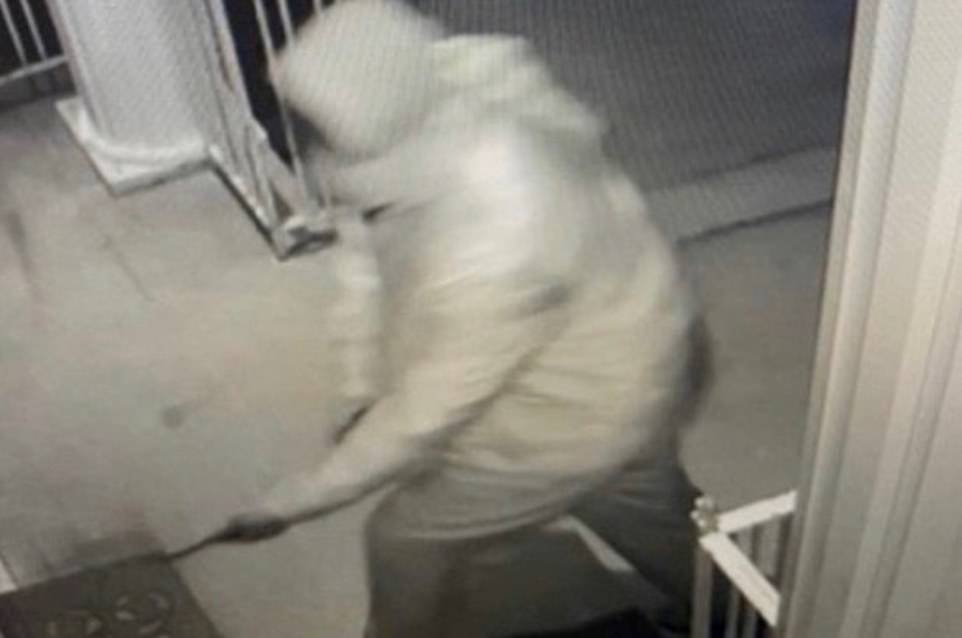 Horrifying images have emerged of the moment an attacker armed with a machete burst into a Hanukkah party in upstate New York on Saturday and the carnage he left behind inside the rabbi's home. Grafton E Thomas, 37, of Greenwood Lake, pleaded not guilty after he was arraigned on five counts of attempted murder and one count of burglary in Ramapo Town Court late Sunday morning. His bail was set at $5million. He is accused of stabbing five people in Monsey, New York. Chilling images from inside the property show bloodied floors and overturned chairs following the assault which has been labeled 'an act of terrorism' by Governor Andrew Cuomo. One surveillance photo shows the suspect wearing a hood and scarf making his way up stairs to Rabbi Chaim Rottenberg's Shul carrying the blade in his left hand. Further images obtained by CNN show the devastation inside the home. It comes as Thomas' pastor says he's mentally ill and not a terrorist. Reverend Wendy Paige of the Hudson Highlands Cooperative Parish said on Sunday: 'Grafton is not a terrorist, he is a man who has mental illness in America and the systems that be have not served him well.' Source 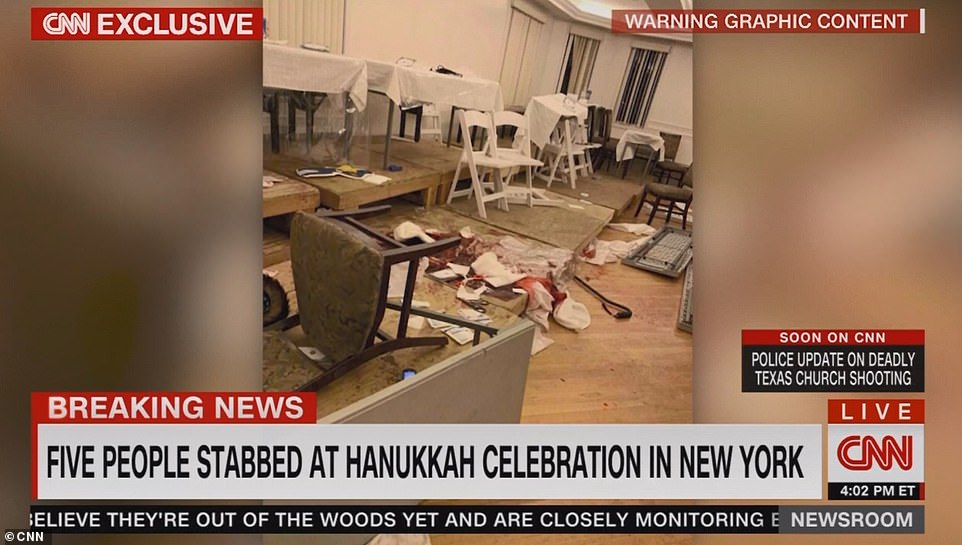