UPS Driver Among 4 Killed in Shootout Outside Miami 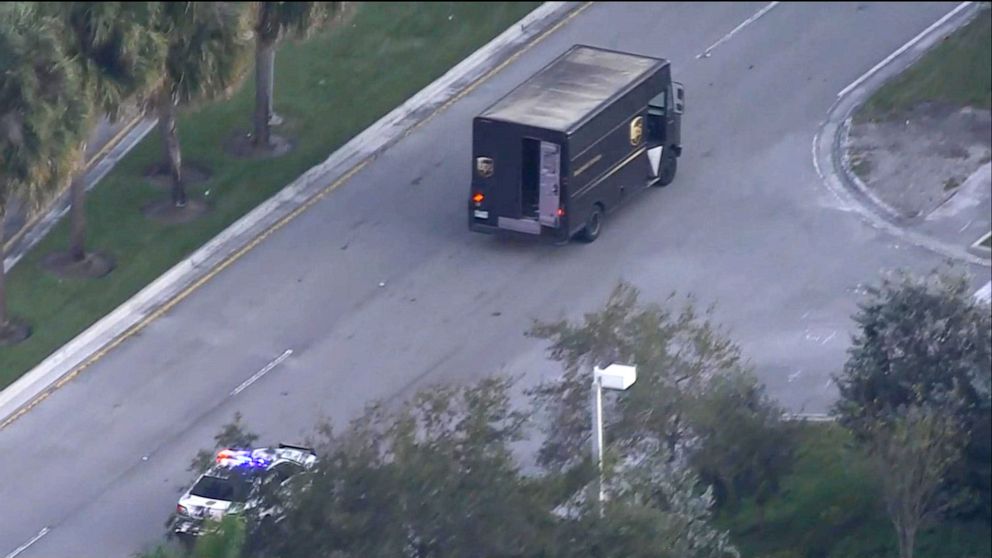 (CNN)An armed robbery at a Florida jewelry store Thursday led to the hijacking of a UPS truck and a massive police chase that ended in a fatal shootout in Broward County. Four people were killed -- the two robbery suspects who stole the truck, the UPS driver and a bystander at the end of the chase, FBI Special Agent in Charge George Piro said. The first call police received was a silent holdup alarm at 4:17 p.m. from Regent Jewelers in Coral Gables, in Miami-Dade County, Coral Gables Police Chief Edward J. Hudak Jr. said. At least one woman was hurt in the robbery, Coral Gables police said. The suspects hijacked the UPS truck, took the driver hostage and sped away. Thirty seconds later, police received a call of shots fired at the Coral Gables City Hall, believed to have been fired by the escaping suspects, Hudak said. A bullet struck the building, which went into lockdown. The truck led police on a long chase, hopping curbs, doing U-turns and maneuvering around other vehicles and police. There appeared to be dozens of police officers and vehicles in pursuit of the UPS truck as it sped along multi-lane roads and through intersections, and at one point, the line of emergency vehicles trailing the truck stretched for about half a mile. By the time the chase ended, more than 40 emergency vehicles were stopped behind the truck, lights flashing. The incident came to an end when the truck encountered stopped traffic at an intersection. Police exited their vehicles and approached the truck, weapons drawn, even using bystanders' cars as moving shields so they could get in better position. The truck driver left the steering wheel shortly before gunshots were fired at 5:35 p.m. As seen in live helicopter footage from CNN affiliate WSVN, muzzle flashes were visible from inside the truck, then smoke. "This is what dangerous people do to get away, and this is what dangerous people will do to avoid capture," Hudak told reporters. Source