A new crackdown against young writers and bloggers in Saudi Arabia provides more evidence that Crown Prince Mohammed bin Salman is feeling more and more empowered to terrorize his own citizens thanks to the continued support of his Western partners, most notably the current U.S. administration. President Trump’s unfaltering patronage has given the Riyadh carte blanche not only to get away with the murder of the journalist Jamal Khashoggi but also to detain activists and writers.  Source 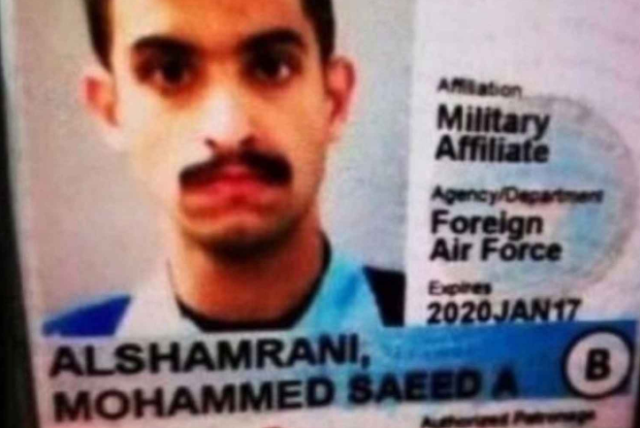 ...and 10 Saudi Muslims are AWOL from the Pensacola Naval Station Air Station...

BREAKING NEWS: US Marshals helping track down as many as 10 Saudi nat'ls who have gone missing since Fri's terrorist attack on Pensacola air station, as fed investigators suspect the AWOL Saudi enrollees may be tied to Saudi terror cell that infiltrated US Navy installation in FL
— Paul Sperry (@paulsperry_) December 8, 2019

Where are the Ten SAUDI MUSLIMS and where is Crown Prince Mohammed bin Salman?

Military bases across the United States have been put on high alert in the wake of Friday's mass shooting at Navy Station Pensacola.   US Northern Command, also known as NORTHCOM, sent out an advisory calling for an increase in security checks on Saturday night, according to Fox News.   It comes as the FBI  continues to hunt for several Saudi military students from Pensacola, who have seemingly vanished in the wake of Friday's attack.   Fellow Saudi Mohammed Saeed al-Shamrani, 21, killed three and wounded 12 others at the base before he was shot dead by police.  Investigators have now detained 10 Saudi military students from the base - a number revised up from six - but several others remain unaccounted for.   Authorities have not revealed the number of Saudi students they are still looking for, and they have not stated whether they are a risk to the public.   Source