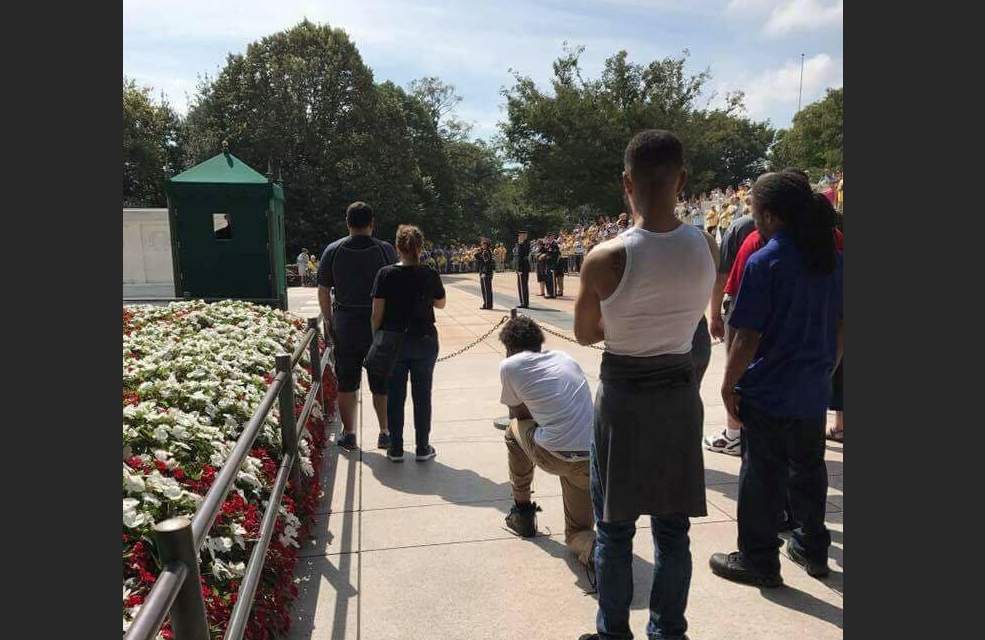 A photo that has gone viral while circulating among the online military community shows a man at the Tomb of the Unknown Soldier at Arlington National Cemetery, kneeling down on one knee reportedly during the playing of taps, and is sweeping across America, outraging thousands.“Taps” is a bugle call played at dusk, during flag ceremonies, and at military funerals by the United States armed forces and is regularly played at the Tomb of the Unknown Soldier. Source