This is the moment a Syrian refugee held over the Parsons Green bucket bomb was pinned to the wall by police who pretended to be waiting for a bus outside the takeaway where he worked. Yahya Faroukh, 21, was cuffed and then wrapped in plastic to preserve evidence outside Aladdin's Fried Chicken in Hounslow on Saturday night, where he served behind the counter for nine months. Officers were at a bus stop while the 21-year-old suspect walked past them before they turned around and grabbed him while he allegedly yelled: 'I'm sorry, I'm sorry, I'm sorry' and a pile of Maltesers and KitKats spilled out of his bag. Other police waiting in cars in surrounding streets grabbed his mobile phone, put plastic bags over his hands, feet and legs and forensics teams took pictures of him and the scene. A day earlier an 18-year-old boy in foster care with Faroukh was arrested at the Port of Dover and is believed to be the bucket bomber. Scotland Yard are today investigating whether they first met abroad in the Calais 'Jungle' camp or even as far away as ISIS-controlled Syria or Iraq. They had been showered with love by Penelope and Ronald Jones at their property in Surrey after seeking asylum. Moment Parson's Green tube bomber Yahyah Farroukh is arrested Source 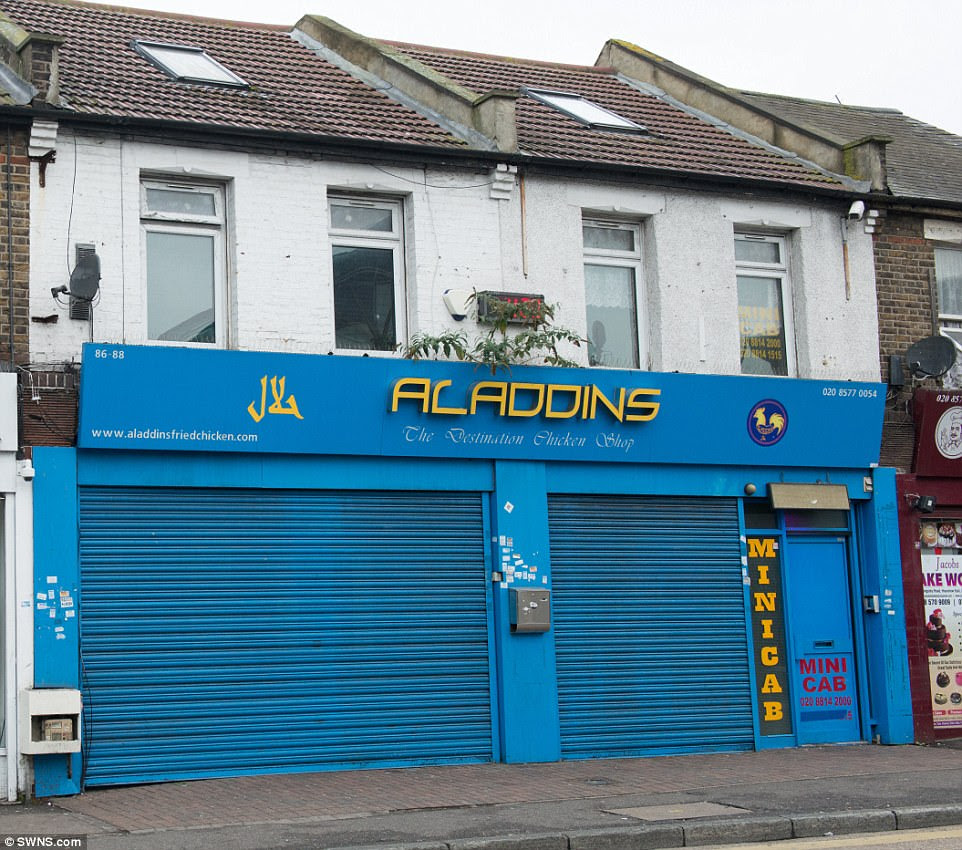