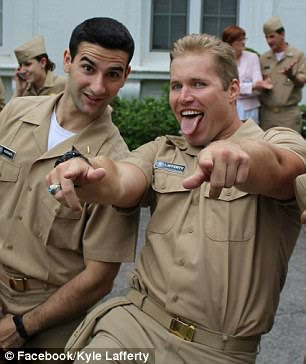 A graduate of a prestigious naval academy shot his 22-year-old girlfriend dead and then killed himself, investigators believe. The bodies of Ohio State psychology student Heather Campbell and Kyle Lafferty, 25, were found in an apartment in the Taylor House complex in Columbus at 2:30pm on Sunday. 'It appears that the male murdered the female and then turned a firearm on himself,' Columbus police Sgt. Dave Sicilian told NBC 4. '[This was] a domestic related situation that resulted in these deaths.' One of Campbell's friends had made the grim discovery when she went to check on her friend. 'She's the one who actually found them and then she notified us and patrol officers came out to the scene and we started our investigation from there,' Sicilian said. He added that someone in an adjoining apartment had heard something that sounded like an argument followed by a possible gunshot.Source 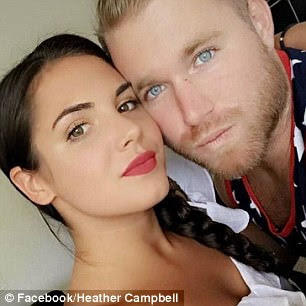