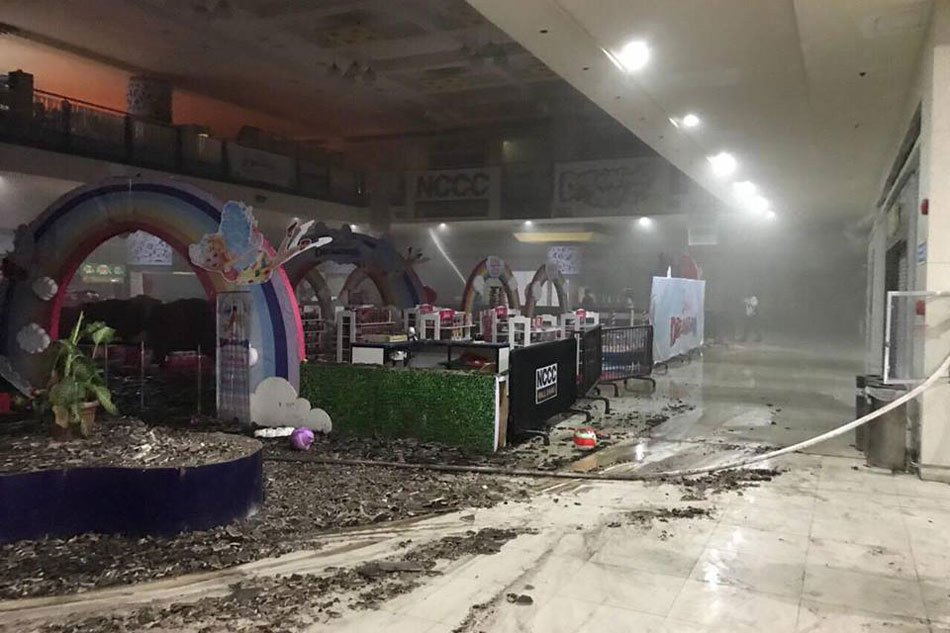 DAVAO CITY - Fire hit the NCCC Mall in Maa here Saturday morning, leaving several employees trapped inside. The blaze started around 9:35 a.m. at the mall's furniture section on the third floor, the Davao City Police said in a statement. There were personnel trapped at the SSI call center office on the mall's fourth floor, the statement read."The BFP (Bureau of Fire Protection) has the situation under control and we are still verifying the extent of the incident," NCCC Mall Corporate Communications Head Thea Padua said in a statement. "There are no reported casualties as of the moment," Padua said. Relatives of the still undetermined number of workers trapped inside the mall started flocking outside the establishment waiting for news about their loved ones. Davao resident Boboy Artiaga said his daughter Missy Rose who worked at the mall called early this morning to ask for help. Source