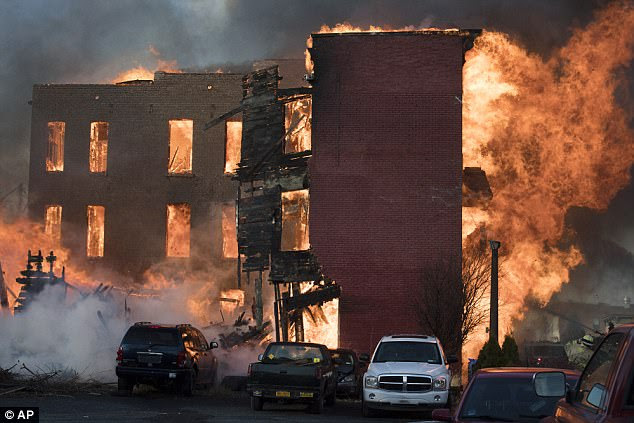 An inferno that destroyed or damaged nearly two dozen buildings in a city in upstate New York was sparked by an amateur bladesmith who apparently was trying to imitate something he saw on TV, officials said. The blaze broke out Thursday afternoon in downtown Cohoes, just north of Albany, and was stoked by 20 to 30 mph winds. Three buildings were destroyed, 18 others were damaged and at least 20 people were displaced, according to the Times Union of Albany. fficials said the city is under a state of emergency. 'It is the worst disaster the city has ever seen,' Mayor Shawn Morse told reporters at a news conference on Thursday. The city has a population of around 16,000. Morse said John Gomes, of Cohoes, apparently was trying to bend metal in an attempt to imitate the History Channel television series 'Forged in Fire' when he started a barrel fire in his backyard that quickly spread. Source 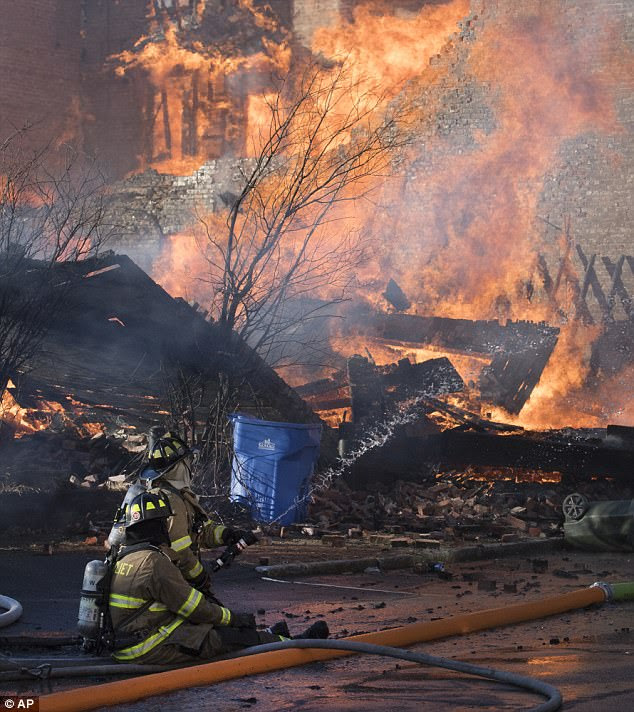