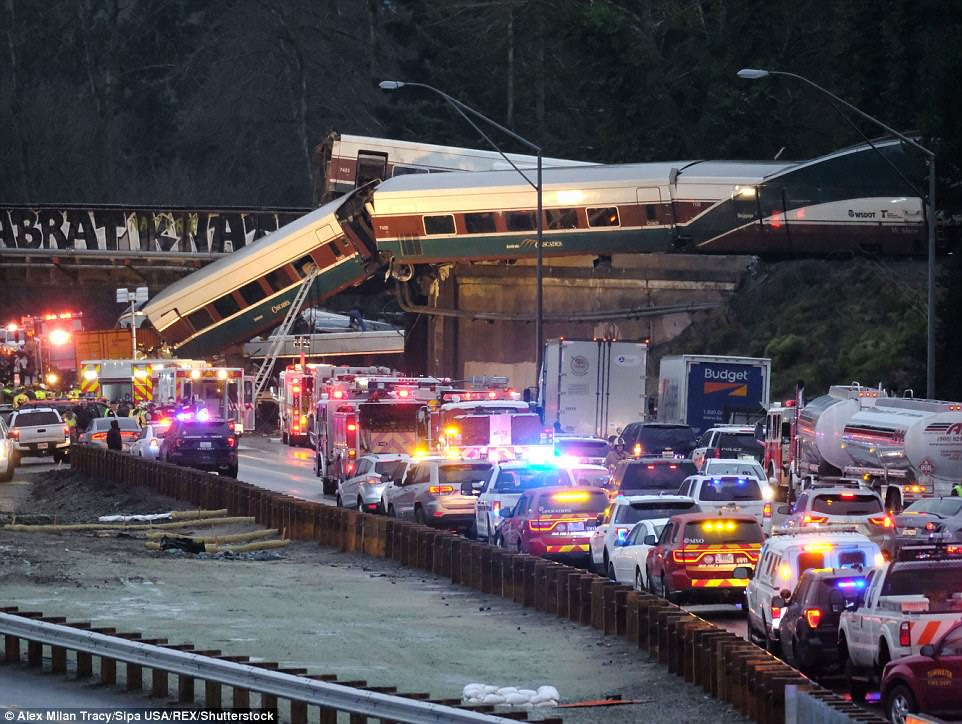 Multiple injuries and fatalities have been reported after an Amtrak train derailed on the maiden voyage of a new high-speed service linking Seattle and Portland. Train 501 was going south when it derailed while crossing a bridge over Interstate 5 near DuPont, Washington around 7:40am Pacific Time, causing at least one car to fall onto the freeway below. Law enforcement have not given an exact number of fatalities yet, but the Seattle Times reports that at least six are dead. Amtrak confirmed its train was involved but did not provide further information. 'We are aware of an incident involving Amtrak train 501,' the rail operator said on Twitter. 'We will update with additional details as they become available.' It was the first day of the new $181million high-speed Cascade service, which rerouted trains down 14 miles of updated track. The new bypass between Tacoma and DuPont is straighter, meaning that trains can go faster than they did on the windy old line. Source 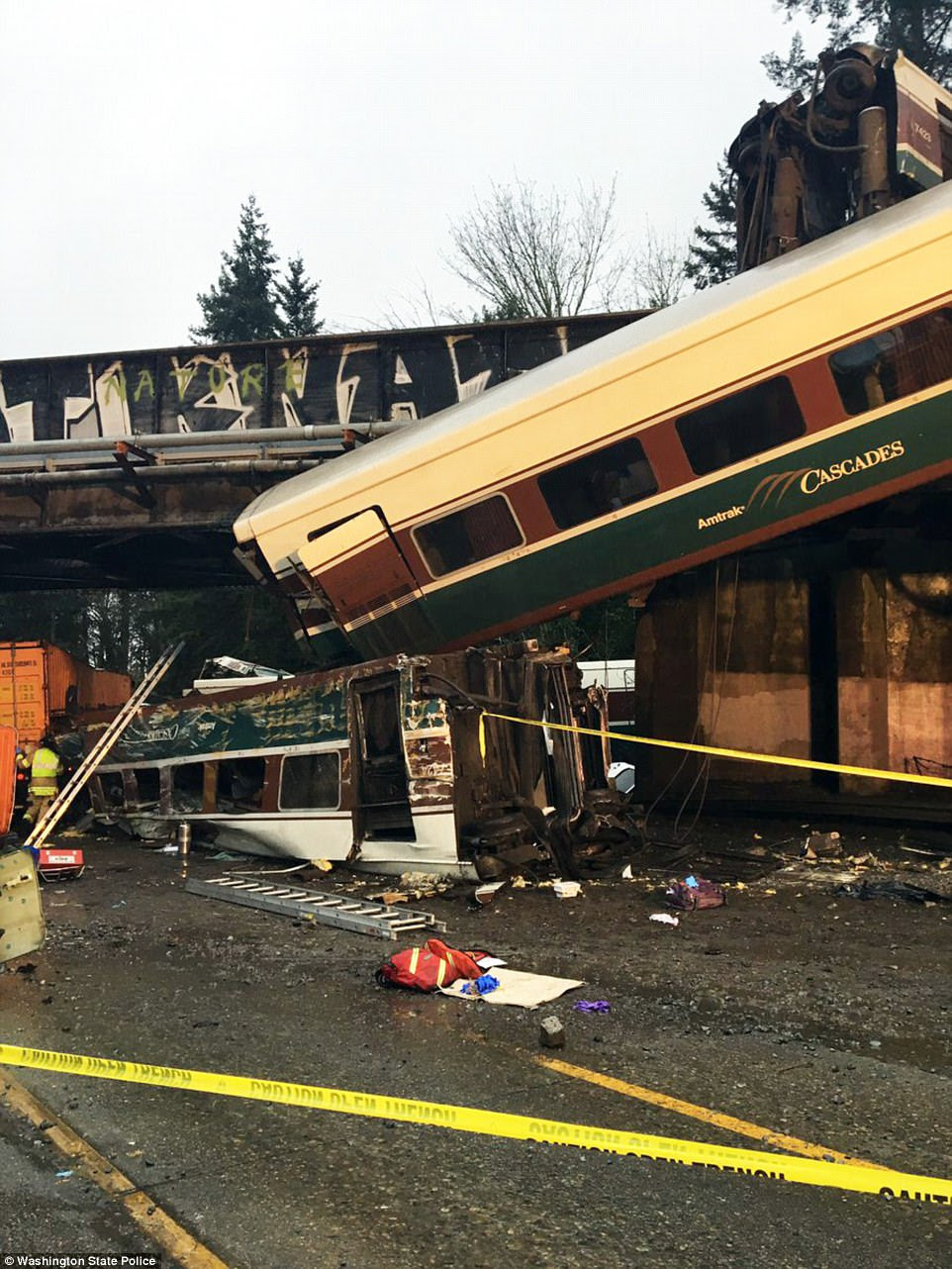