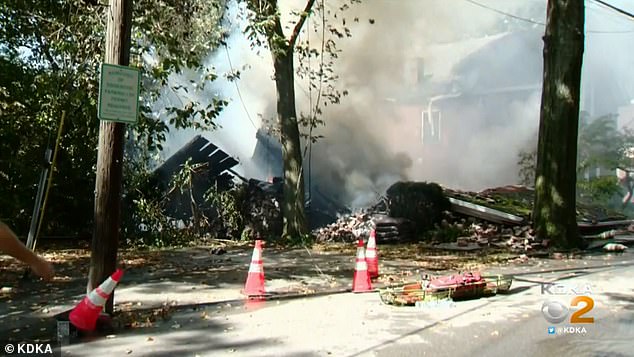 I thought the summer explosions were over with...

At least this time the authorities didn't blame natural gas....

A Pennsylvania man blew up his home on his daughter's wedding day in an apparent suicide, police revealed after his body was recovered from the rubble.    Neighbors said they saw the homeowner, who has not been named publicly, standing outside of his house in the Pittsburgh suburb of Edgewood shortly before an explosion tore through the structure at about 2.30pm Saturday.   For several hours the man remained unaccounted for as emergency crews contained the fire that broke out after the blast.    The home at 318 Garland St ultimately collapsed and officials brought in heavy equipment to sift through the wreckage, where they found the body. The man's death was ruled a suicide.    'This gentleman apparently had some personal issues and we've had information from neighbors that would indicate that there's a great potential here that he would have blown the house up,' Edgewood Police Chief Robert Payne told reporters, per KDKA.   'It looks like he may have been able to disconnect the gas line itself in the basement of the house and of course it wouldn't take much but a spark to explode the house after that.'   Source 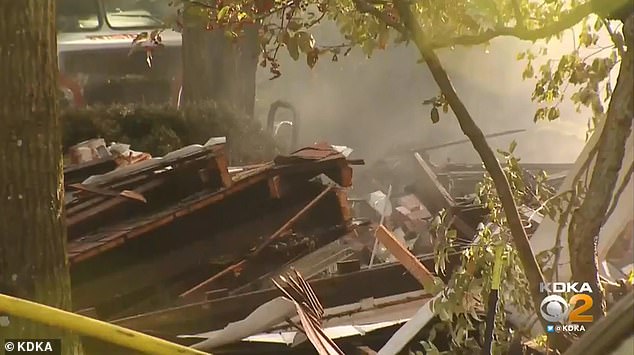