Advent Terror Attack: Jewish Nationalist Set Fire To Roman Catholic Church - The Church Of All Nations Or The Basilica Of The Agony Located On The Mount Of Olives In Jerusalem. 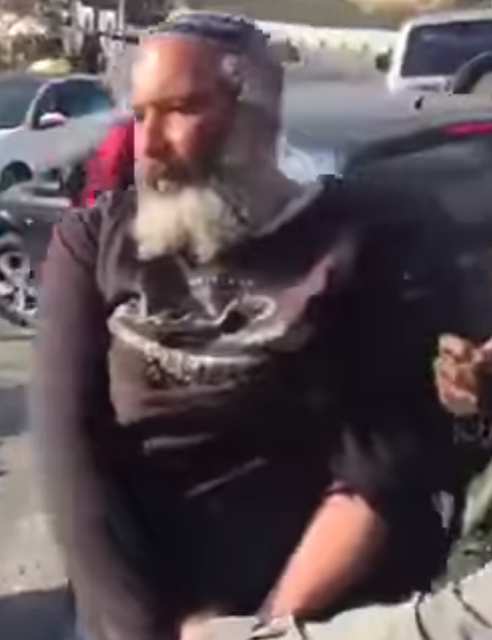 Fifth day of Advent 2020 and this is the fourth Advent attack
1. Trier, Germany Muslim Vehicle Ramming Attack + Five Killed + Several Wounded
2. Grote Marktstraat, in the Hague Muslim Knifing Attack + Three Wounded
3. Marks & Spencer Store Muslim Knifing Attack Burnley, Lancashire, England  + Two Hurt
4. Arson The Church Of All Nations Located On The Mount Of Olives In Jerusalem.
Jewish man arrested for setting fire to Roman Catholic church in Jerusalem
Police arrested on Friday a religious Jewish man after he set fire to the inside of a Roman-Catholic church called The Church of All Nations located on the Mount of Olives in Jerusalem.
The man, 49, is suspected to be a right-wing man who set fire to the holy site on the basis of a hate crime, but no details have been confirmed.
The man set the church aflame by pouring "flammable liquid" and setting it aflame," according to police reports. A church security guard noticed the man and detained him until police arrived to the scene. Firefighters said that four teams arrived to the scene. Upon their arrival they noticed a centralized fire that "fortunately did not spread to the entire church and a lot of smoke" that had accumulated inside the building. The smoke was ventilated out by the firefighters.
No injuries were reported, and the damage was limited. In videos of the scene, sections of the burnt floor can be seen alongside a number of lightly charred pews.
Wadie Abunassar, Advisor to the Assembly of the Catholic Ordinaries, said that they are "grateful to God" that there was little damage done and that no one was hurt. He also thanked police for their swift work to arrest the man who caused the damage.
"We hope for a serious investigation, especially with regard to motive, because if the motive is truly suspected to be racist, I believe many conclusions should be drawn," Abunasser said.
He said that the conclusions should not only be drawn "in the field of security, but also in education because it seems that people here don't really promote coexistence based on mutual respect of all faithful in the Holy Land."
The church, also known as the Basilica of the Agony, was built on the site of the Garden of Gethsemane which enshrines a section of bedrock that is believed to be the place that Jesus prayed on the night of his arrest, according to the Foreign Ministry. Source