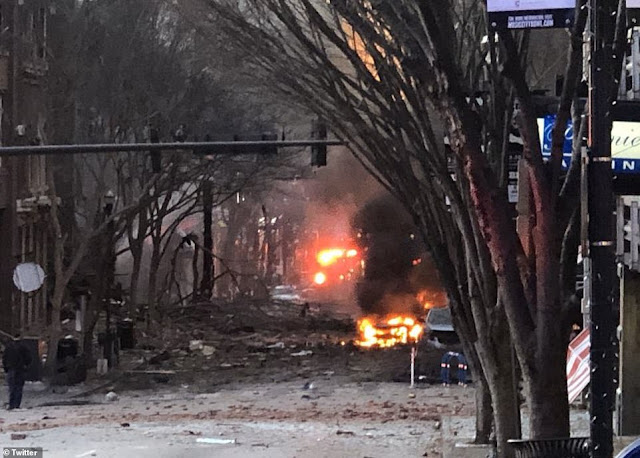 TIMELINE
5:15AM:
Say Your Prayers......
6AM:
Someone places a 911 call reporting shots fired in the downtown Nashville area Cops descend on the scene and see no one shot but they do encounter the RV They immediately call the bomb squad and start evacuating people from nearby buildings
6.40AM:
The bomb detonates
Ex-CIA Director Explains the love Muslim Terrorists have for blowing things up.....
16 DECEMBER 2020

BRENNAN: So, you want me to give the enemies the reasons why they’re not as successful as they would have been?

I think sometimes it’s because they continue to go back to the tried-and-true methods. When I look at terrorist acts, especially those that are international, transnational terrorism directed against the United States —al-Qaida and other types of terrorist organizations continue to go after that which is going to go boom and bang, trying to secret an improvised explosive device onto an airplane, trying to bring down that air carrier over the United States, as opposed to looking at new and ingenious and innovative ways to really cause havoc. But they continue to want to have things blow up.

The defenses that have been put in place really have guarded against and made it much more difficult for the terrorists to surmount the various obstacles and security checks that are in place. But they continue to focus on that. And I’m glad they do in some respects because that’s where we’re best prepared to defeat their efforts.

You don’t hear about an al-Qaida member who picks up an assault weapon and just mows people down at a mall. Occasionally, attempts are made, or sometimes it actually happens, but they still go after that IED that is going to blow up something and create the type of footage that they want.  Source 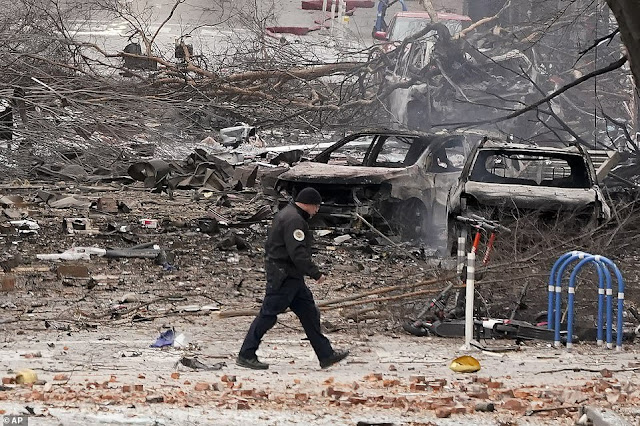 Muslims set off the explosion.....
Moment Nashville bomb detonates as cops rush to evacuate people on Christmas morning after discovering suspicious RV while responding to a 'shots fired' call - as FBI take over probe
Nashville police have confirmed the huge explosion that shattered windows and shook the ground before dawn on Friday morning was a bomb and they are now using sniffer dogs to comb the area to look for any more devices. The explosion happened at 6.40am local time and came from a parked vehicle on Second Avenue, outside the AT&T building, between Church Street and Commerce Street - an area where there are bars, restaurants, retailers and apartments. Forty minutes earlier, police received a call of shots fired. They got to the scene but saw no evidence of a shooting. Instead, they came across an RV. They inspected it, realized there was a bomb inside and called the bomb squad then started evacuating people from nearby buildings. At 6.40am, while explosives teams were on their way, the bomb detonated. There were multiple cops on the scene, including one who was knocked to the ground and has, at least temporarily, lost his hearing. Three people were taken to the hospital in total - it's unclear if they are cops or civilians. No suspect has been identified and police have shut off downtown Nashville while they continue to search the area. The explosive was so intense that it's impossible to tell whether anyone was inside the vehicle. Source 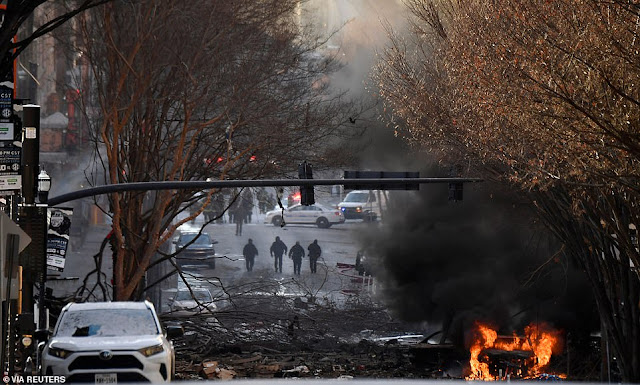