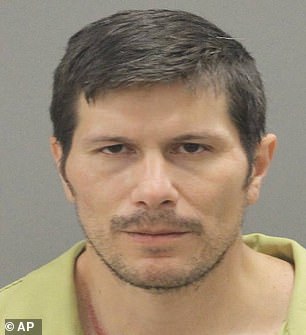 Nothing will be seen but murder, nothing will be heard but the clash of arms and blasphemy. Our Lady of La Salette 19 Sept. 1846 (Published by Mélanie 1879)
God will allow the old serpent to cause divisions among those who reign in every society and in every family. Physical and moral agonies will be suffered. God will abandon mankind to itself and will send punishments which will follow one after the other for more than thirty-five years. Our Lady of La Salette 19 Sept. 1846 (Published by Mélanie 1879)
“The true faith to the Lord having been forgotten, each individual will want to be on his own and be superior to people of same identity, they will abolish civil rights as well as ecclesiastical, all order and all justice would be trampled underfoot and only homicides, hate, jealousy, lies and dissension would be seen without love for country or family. Our Lady of La Salette 19 Sept. 1846 (Published by Mélanie 1879)

Nashville TN To Rockford IL
8 hr 22 min (557.7 mi) via I-24 W and I-57 N
6 a.m.: Nashville police respond to reports of shots fired near Second Avenue and Commerce Street in the downtown area. Police said they saw a suspicious vehicle outside a nearby AT&T transmission building. Source
Decorated Green Beret arrested for shooting dead three at a bowling alley was suffering PTSD from serving in special forces in Afghanistan, lawyer says
The US Army Special Forces sergeant suspected in the Illinois bowling alley shooting that left three dead may suffer from PTSD, his lawyer said.
Sgt. 1st Class Duke Webb, 37, of Shalimar, Florida, faces three counts of murder and three counts of first-degree attempted murder for injuring three other people in the shooting at Don Carter Lanes, in Rockford, shortly before 7pm Saturday.
During the Green Beret's initial hearing in an Winnebago County courtroom Monday, Webb's attorney, Elizabeth Bucko, said that he may suffer from post-traumatic stress disorder.
Bucko also said that Webb appeared to have issues with memory loss and added that he will undergo mental health evaluations, the Rockford Register Star reported.
Webb was said to suffer from confusion, anxiety and suicidal thoughts, WTVO reported. According to Army service information, Webb had four deployments to Afghanistan, the most recent one ending in July.
The judge denied bond for Webb, meaning he will remain jailed. His arraignment was set for February 16.

Webb joined the Army in 2008 and was on leave Saturday, when the apparently random shooting took place.

According to the Army, Webb's first deployment to Afghanistan was from August to December 2009, the records show.

Webb was twice was awarded the Bronze Star. Among the other awards he has compiled was the Army Good Conduct Medal, the Global War on Terrorism Medal and the Combat Action Badge, according to the service information. Source
at December 28, 2020