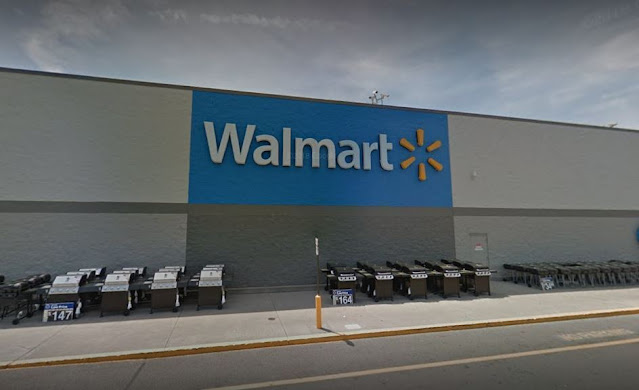 Just two walmart shoopers with guns having a dispute........

KNOXVILLE, Tenn. (WVLT) - Despite initial reports of an active shooter situation at the Sevierville Walmart on the Parkway, police said no shots were ever fired and nobody was hurt. However, three people were taken into custody and two people were eventually charged after multiple guns were displayed during a dispute between customers.  According to police, 65-year old Pedro Salisipan Ngayan, Jr. of Pigeon Forge, was charged with two counts of aggravated assault, and 22-year old Dashawn Leon Bonner of Pensacola, Florida, was charged with one count of misdemeanor assault.  Bonner is accused of pushing Ngayan down during a fight and Ngayan is accused of responding by pointing a handgun at Bonner. Authorities said Bonner ‘retreated to another location in the store’ but was followed by Ngayan. Bonner then pointed his own handgun at Ngayan, according to police.  Police said they took a third person into custody but later determined that person was not part of the dispute Source

What's unsual about this is that the police gave an immediate description of two of the suspects: 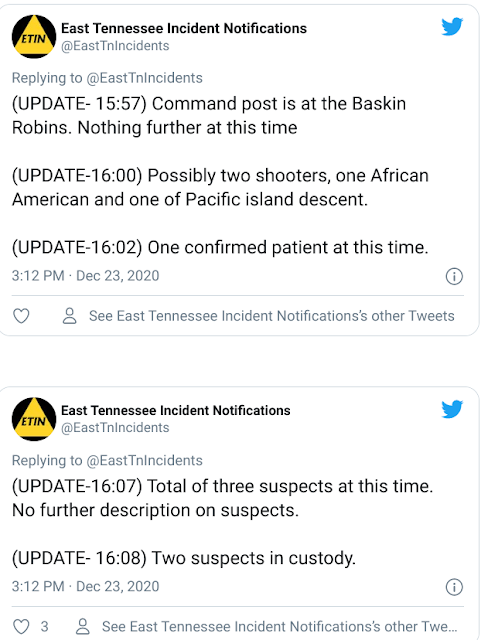 'SOUNDED LIKE AN ASSAULT RIFLE' Tennessee Walmart shooting – ‘Active shooter still in store’ after ‘guy chased people out the door’
AN ACTIVE shooter is still in a Walmart in Sevierville, Tennessee, as a Lifestar chopper is put on standby, according to reports. According to an update at 3.45pm ET, emergency medical services were on standby. At the time of reporting, the shooter was allegedly still in the store. One Facebook user claimed that her brother was in the store and said that "it sounded like an assault rifle." The woman claimed that her brother said that "the guy chased people out there [sic] door." According to WVLT, Sevierville Police confirmed two people are in now in custody. A Chick-Fil-A store manager told the news outlet that dozens of people left the Walmart shortly after 3.30pm. Source
There are three Mosques in the area.  Sevierville is near Knoxville and three hours away from Nashville and Murfreesboro Tn - both have large Muslim populations...

Police converge on Sevierville Walmart amid reports of shooting; 3 detained
SEVIERVILLE, Tenn. — Several law enforcement agencies responded Wednesday afternoon to a reported shooting at the Walmart in Sevierville. There is a heavy police presence on the scene. The Sevier County Sheriff's Office responded as well. City of Sevierville spokesman Bob Stahlke told 10News authorities were dispatched on a report of an active shooter.But it's still not clear if shots actually were fired, Stahlke said. Three people were being detained Wednesday afternoon. There were no known victims, Stahlke said. Officers on the scene were checking the building and scene. Sheriff's PIO Sgt. Phil Davis, speaking on the scene, told 10News "there is no ongoing danger" at the Walmart. Source 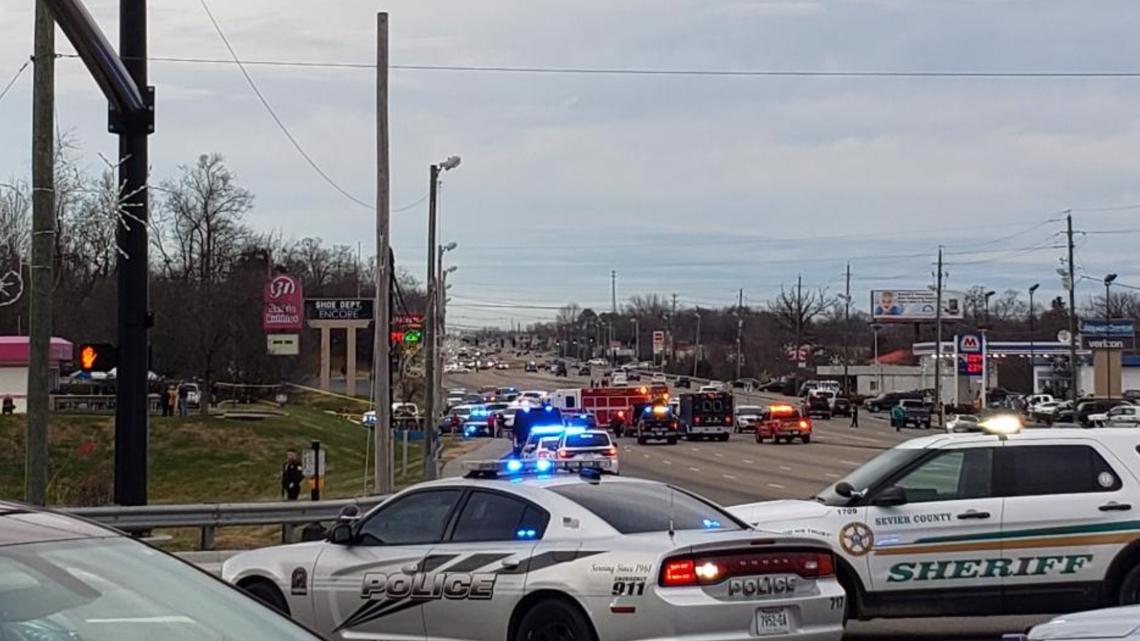