At least three people have been taken to hospital following the incident which happened just before 11pm on Saturday outside the Old Queen’s Head pub on Essex Road – an area with many bars and restaurants. Two men, who tried to run away from the scene, have been arrested on suspicion of GBH with intent and possession of points and blades after knives were found on the scene. The Metropolitan Police have since confirmed in total four males between the ages of 17 and 19-years-old have been arrested in connection with the incident and are currently being held in police custody. It comes days after Khalid Masood killed four people and injured 50 others when he drove his car along Westminster Bridge before stabbing PC Keith Palmer to death outside the Houses of Parliament. The suspects are believed to have mowed down pedestrians before jumping out of the vehicle and attempting to escape on foot. Express 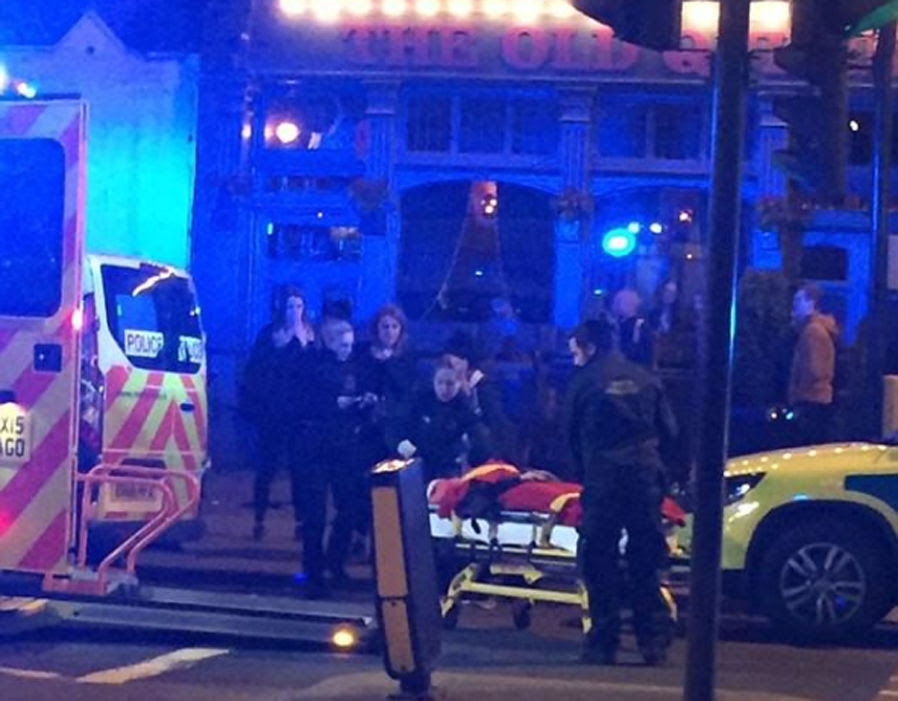