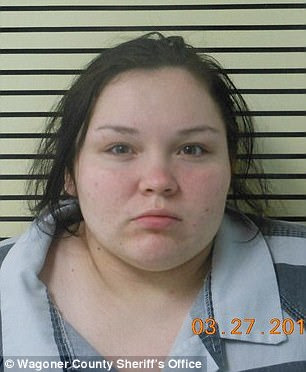 
Three masked teenagers who broke into a home in broad daylight armed with a knife and knuckle dusters were shot dead by the son of the property's owner. The intruders, who were dressed in black and were wearing masks and gloves, were killed yesterday in the suburb of Broken Arrow in Tulsa, Oklahoma. They were aged 16, 17 and 18. Police say the shootings appear to have happened in self-defense, but an investigation is ongoing.The teenagers, who have not been identified were killed by the 23-year-old son of the homeowner. He was woken by the sound of banging from the back door at around 12.30pm, and armed himself with an AR-15 rifle before shooting all three suspects. Two of teens died in the kitchen, while the third ran to the driveway before collapsing and 'succumbing to his injuries', the sheriff's office said. Daily Mail>>>>>>