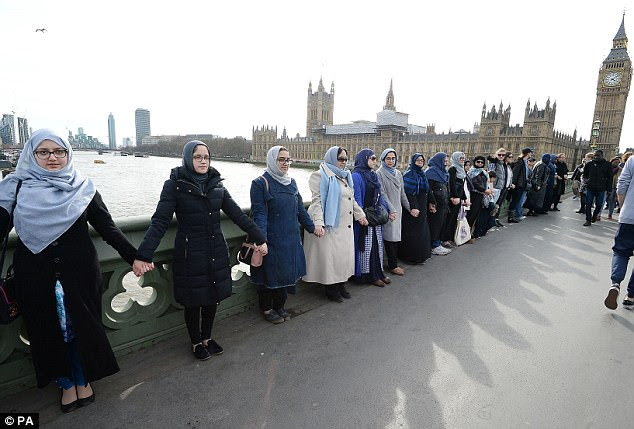 Muslim women stood hand-in-hand with others on Westminster Bridge in a show of solidarity with the victims of Wednesday's terror attack. A group of women, who said they were wearing blue as a symbol of hope, stood holding hands for five minutes on Westminster Bridge as Big Ben chimed 4pm. People from a range of backgrounds joined the event, organised by Women's March On London. Three members of the public died after Khalid Masood sped along the bridge before storming the parliamentary estate and stabbing PC Keith Palmer to death. Daily Mail>>>>>>>> 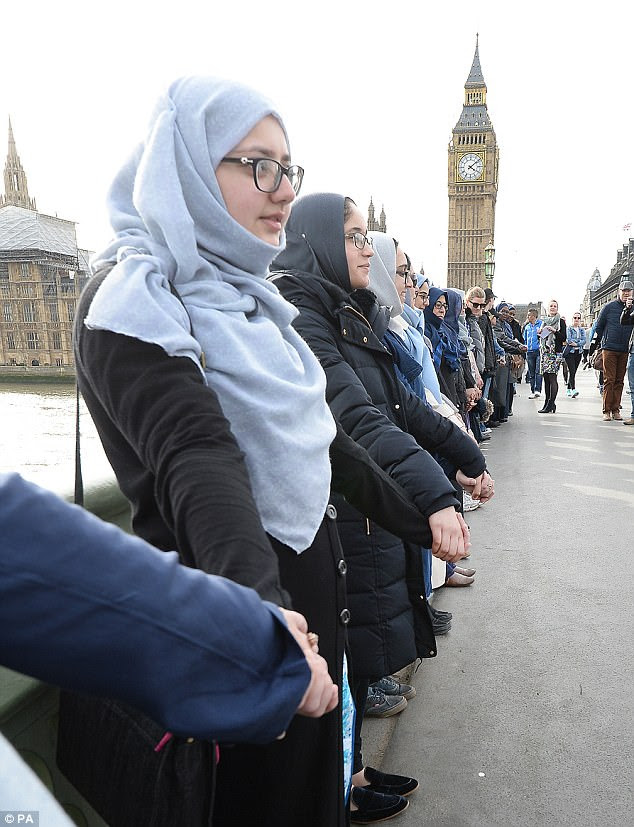