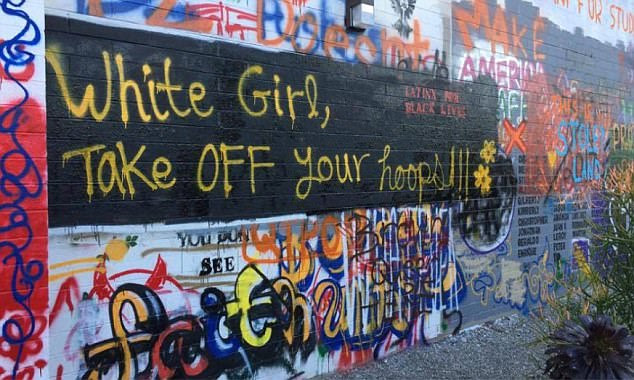 White women accused of cultural appropriation have been told to scrap their 'hoop earrings' after a group of Latino college students complained that 'black and brown folks' were being exploited by it. A group of students, identifying themselves as women of color, wrote, 'White Girl, take off your hoops' on a 'free wall' used for unmoderated free speech at Pitzer College in Los Angeles, California. After one student was confused by the message, Alegria Martinez, Jacquelyn Aguilera, and Stefania Gallo-Gonzalez addressed the school in emails explaining the 'artwork'. Martinez wrote: 'The black and brown bodies who typically wear hooped earrings, (and other accessories like winged eyeliner, gold name plate necklaces, etc) are typically viewed as ghetto, and are not taken seriously by others in their daily lives. 'White people have actually exploited the culture and made it into fashion,' she added.  Daily Mail>>>>>>>>> 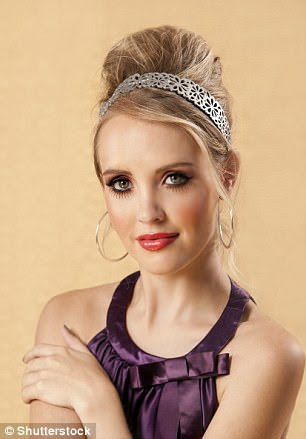 Wear the MUSLIM HIJAB instead!

Hijab Becomes Symbol Of Resistance, Feminism In The Age Of Trump

WASHINGTON — For Sameeha Ahmad, the decision to put on the hijab came in psychology class at the University of Maryland. She hadn't worn one for five years. Her mom did, as did her sister. But like many young Muslim women across the U.S., the very independence that drove her to cast off the traditional head covering has since drawn her to don one. Since the election of President Donald Trump, the debate around Islamic dress has taken a new turn: The hijab has emerged as a symbol of resistance to Islamophobia amid policies from the Trump administration targeting Muslim immigrants. Scores of non-Muslims have donned hijabs to express solidarity with Muslim women, too, though some criticized the move, arguing that the garment represents oppression of women. Young Muslims like Sameeha disagree. “I do believe hijab support feminism," she said outside the Muslim prayer center at her school's College Park campus. "The way you look at it from a religious perspective, it empowers you by strengthening your relationship with God. It’s a step you are taking to further yourself within your own religion.” “No one forced me to dress this way," she added. USA>>>>>>

And please God send us the plague, pestilence, famine & earthquakes! cause this nonsense is only gonna get worse!