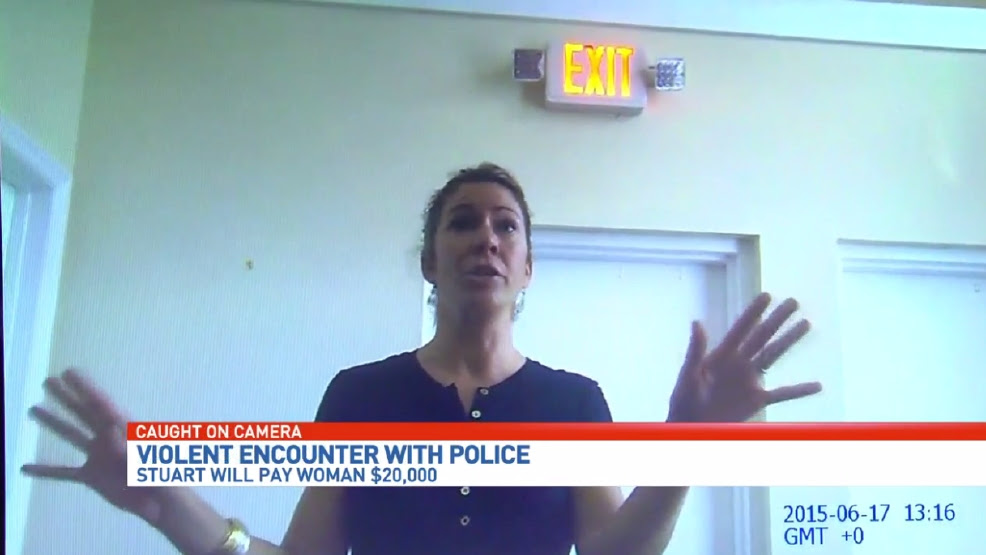 Stuart Police Department was sued for excessive use of force. Now they will now pay a local woman who says she was slammed to the ground, and then tased by cops. Corporal Brian Bossio with Stuart Police says the city settled the lawsuit for $20,000 as a move to save taxpayers money and the expense of legal fees. The police department says they did nothing wrong and followed policy. "I had nothing to do with it. I was just driving to work," Aranda Wendell said to police on a recorded body camera, telling them she was rear-ended by a car on her way to work. She said it wasn’t bad. Police say she drove off, and when questioned, she admitted to leaving the scene of an accident, and was then shocked she was arrested. Source