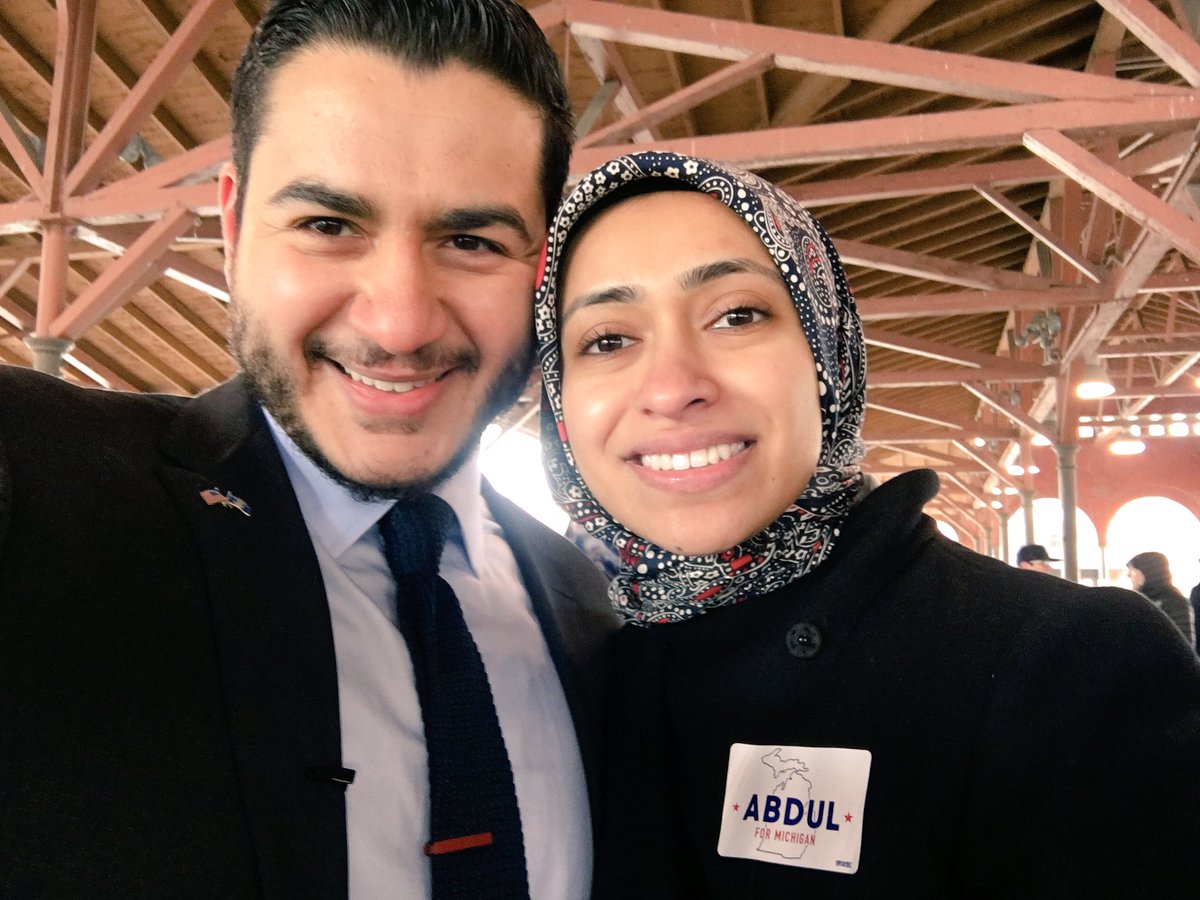 Abdul El-Sayed was born and raised in Michigan. His family reflects the diversity of our state, including immigrants who left Egypt in pursuit of greater opportunity in America, and farmers, teachers, and small-business owners who have lived in Gratiot County, Michigan for generations. Abdul is a product of Michigan public schools. He captained his high-school football, wrestling, and lacrosse teams, and went on to play lacrosse for the University of Michigan. He graduated in 2007, where he was honored to deliver the student commencement speech alongside President Bill Clinton.

Abdul went on to become a Rhodes Scholar, earning a doctorate from Oxford University and a medical degree from Columbia University. As a public health professor, Abdul became an internationally recognized expert in health policy and health inequalities.

At 30, Abdul became the youngest health official of a major American city when he was brought home by Mayor Mike Duggan to rebuild Detroit's Health Department after it was privatized during the city's bankruptcy. As Health Director, he was responsible for the health and safety of over 670,000 Detroiters, working tirelessly to ensure government accountability and transparency, promote health, and reduce cross-generational poverty.

After witnessing the systematic failures of government only a few miles away in Flint, Abdul worked hard to ensure that children attending Detroit schools and daycares were drinking lead-free water. He has also served expectant mothers and women by creating programs aimed at reducing infant mortality and unplanned pregnancy. He built a program to give schoolchildren across the city glasses if they needed them. Abdul also stood up for children with asthma by taking on corporations that wanted to pump more harmful pollutants into our air, working with them to reduce emissions and invest in parks.

Though the work continues, under Abdul’s leadership, the Detroit Health Department has become a state and national leader in public health innovation and environmental justice, in one of the fastest municipal public health turnarounds in American history.

Abdul is called to public service by a core belief in people. He believes that all people can thrive when we value each other and our communities, we seek to protect and defend our vulnerable, and when we create the kinds of opportunities that empower people to dream for a better future.