Foreign Affairs Minister Chrystia Freeland’s department says she is “deeply concerned” about how the rulers of Saudi Arabia appear to be deploying Canadian-made armoured vehicles in an escalating conflict with Saudi citizens. Ms. Freeland has asked officials to investigate the matter. The Trudeau government on Thursday released a statement criticizing how the Saudis were handling an intensifying showdown in the Mid-East country’s Eastern Province with minority Shia militants. Global Affairs released a statement Friday afternoon shortly after The Globe and Mail reported on the apparent use of Canadian-made armoured vehicles This is the first time that video footage has surfaced on various social media websites, allegedly showing the Islamic kingdom using Canadian weaponized equipment against its Saudi civilians – a development that spurred calls Friday for the Liberal government to halt defence exports to the oil-rich nation.

“The minister is deeply concerned about this situation and has asked officials to review it immediately,” Global Affairs said. “If it is found that Canadian exports have been used to commit serious violations of human rights, the Minister will take action.” “The government is actively seeking more information about Saudi Arabia’s current efforts to deal with its security challenges, the reports of civilian casualties, and the reports that Canadian-made vehicles have been used by Saudi Arabia in its current security operations,” Global Affairs spokesman John Babcock said. “Canada will review all available information as it determines an appropriate course of action. The House of Saud’s use of combat machines against its Shia population in eastern Saudi Arabia goes to the very heart of the controversy over whether the Trudeau government is violating Canada’s weapons export-control rules. The Global & Mail Read More>>>>>> 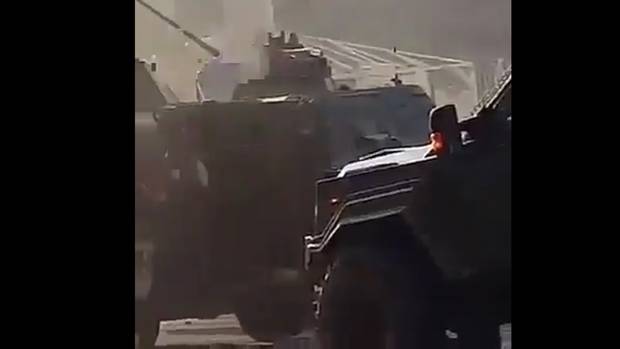