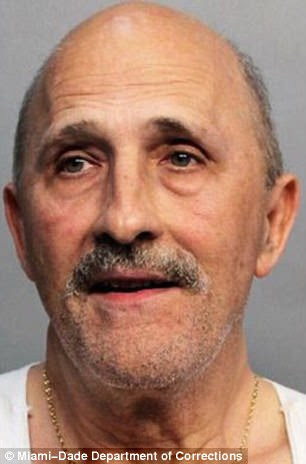 A man is accused of fatally shooting a service technician from the American Automobile Association after he became irate about the response time for service on his dead car battery. Jesus Esquivel, 63, from Miami, Florida, reportedly shot Magdiel Hernandez, 38, multiple times on Tuesday afternoon. Esquivel, a disabled Navy SEAL veteran, got into an argument over the phone with a service technician about the length of time it would take for him to get a new car battery for his 2003 Cadillac Escalade, the arrest report says. He threatened the driver, who then asked his bosses to have another driver sent to Esquivel's house.  Daily Mail >>>>>>