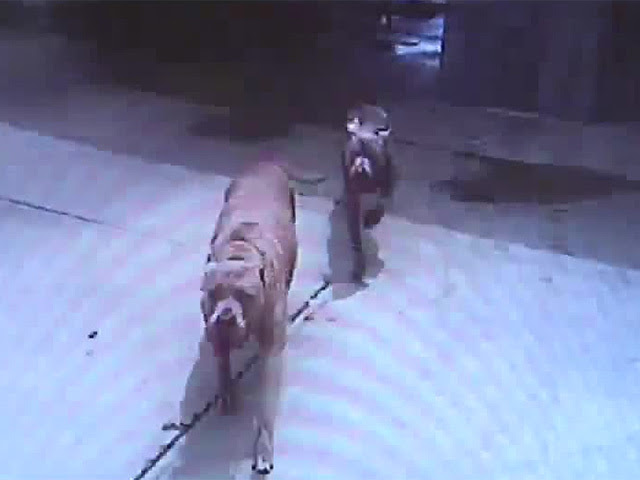 ALLIANCE, Ohio - An Alliance woman is demanding answers after an officer shot and killed her pit bull. Police received a call Friday afternoon of three dogs were on the loose. They say an officer located the dogs a few streets over, but opened fire when one of the dogs charged at him. But Morgan Furry, the owner of the dogs, says she sees it differently. She says the dog was playful, not aggressive. The body camera footage shows Alliance police officer Josh Tenney’s point of view - the moment he located the three dogs reported on the loose. "Come here, puppy, come here,” Tenney whistles. Furry says her fiancee Mark let the dogs, two pit bulls and one rottweiller, out into the backyard. They escaped by going under their fence. “He immediately got in the car and went to go look for them,” Furry said. Source