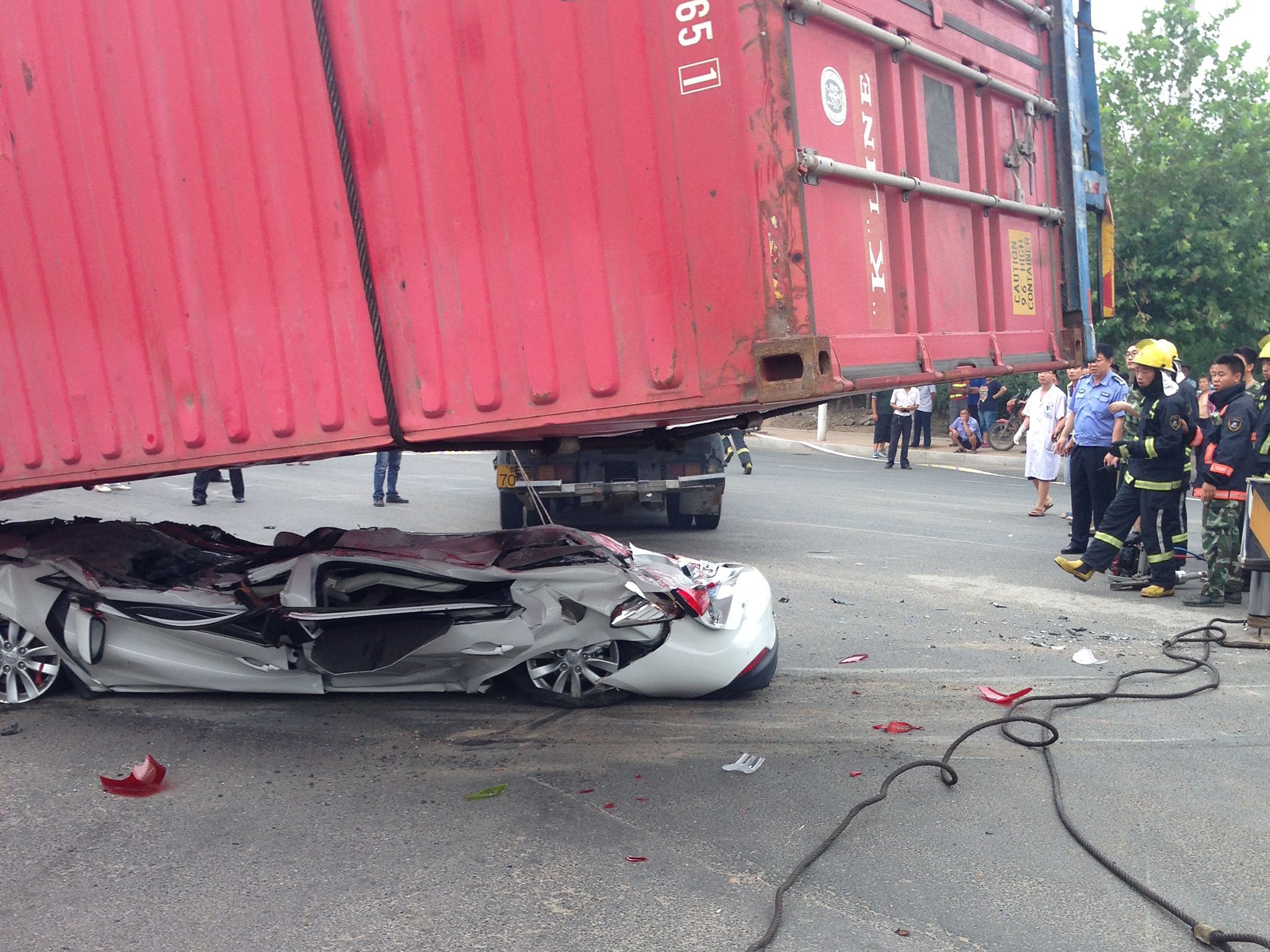 Dramatic pictures have emerged showing the moment two passengers were rescued from inside a car flattened by a shipping container, with the driver escaping with just minor injuries. The incident occurred when a truck carrying the container swerved to avoid colliding with a vehicle in the city of Qingdao, eastern China, causing it to topple from the lorry and land directly on top of the car. Emergency services called to the scene said they were convinced no-one could not have survived being crushed by such a huge weight, until they heard a woman’s voice emerging from the squashed vehicle. The fire brigade spokesman Chi Tang was quoted by the Daily Mail as saying: "We had a call about the accident to say that a lorry had fallen onto a car. We didn't expect anybody to be alive but then we heard a woman's voice and realised that actually somebody had survived." Independent