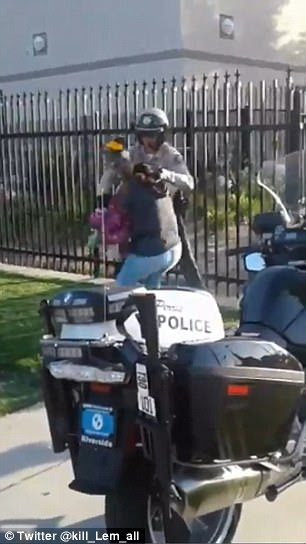 At least the MUSLIM cop didn't shoot her dog to death!

A California woman found herself subject to a brutal takedown by a police officer who spotted her attempting to sell flowers without a permit. Juanita Mendez-Medrano, 52, was arrested after working a sidewalk in Perris near to where a high school graduation ceremony was being held last month. In an unsettling cell phone video, which surfaced on Monday, Mendez-Medrano is seen holding the flowers in her hands just before an officer is seen grabbing her by the arms, grasping her neck and tackling her to the ground in the violent arrest. The woman can be heard shouting as she is held on the ground and appears to be in some discomfort. Daily Mail Read More>>>>> 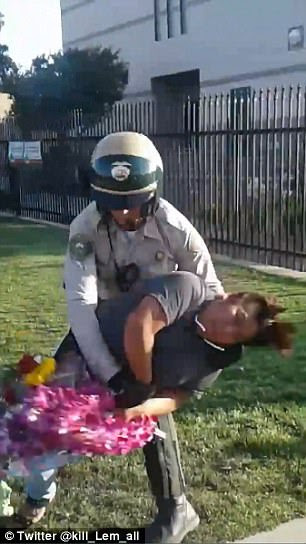 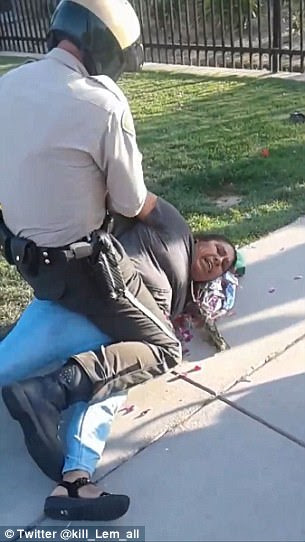